The real-time sea surface temperature dataset is provided by the NOAA Visualization Lab using data from NOAA’s Coral Reef Watch, meaning it is the same data source as other real-time ocean temperature products, such as SST, Coral Degree Heating Weeks and Coral HotSpots. The data combines measurements from all current geostationary and polar-orbiting satellites, including U.S. satellites and those of international partners such as Japan and Europe. Those measurements are then subtracted from the long-term mean SST for that day to create the anomaly. Since the data is at 5 km/pixel resolution, not only can you see large-scale patters such as El Nino-La Nina, but also many smaller features, such as hurricane wakes.

Paper Globe Cutouts are available for this dataset! 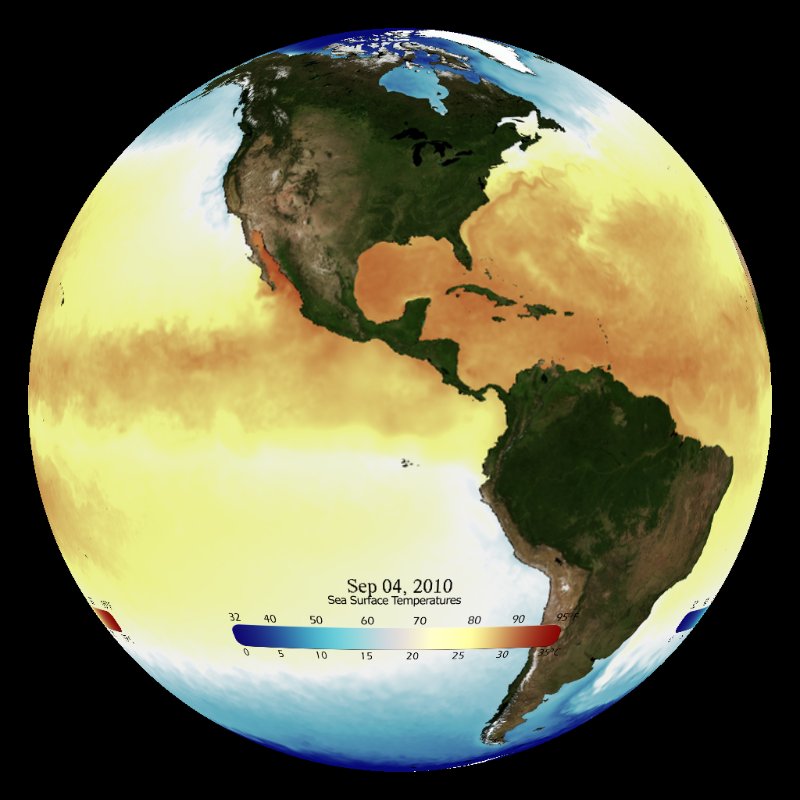