Rather than plotting sea surface temperatures, sea surface temperature anomalies have been plotted here to show the dramatic departures from normal that are associated with El Nino and La Nina from 1980 - 1999. El Nino is the warming of the Pacific Ocean off of the western coast of South America near Ecuador and Peru. It is called El Nino, or little boy in Spanish, referring to the Christ child because the phenomena usually occurs near Christmas time. The opposite of El Nino is La Nina, or little girl in Spanish, which is a cooling of the Pacific Ocean. The red shading signifies a warming of the ocean by 5-10°F, the green shading is normal and the blue shading is a cooling of the ocean by 5-10°F.

In strong El Nino years, a prominent red band indicating warmer water extends out into the Pacific Ocean. Observed El Nino years include 1982-1983, 1986-1987, 1991-1992, 1993, 1994, and 1997-1998. The series of El Nino’s in the early 1990’s was unusual because they were spaced so close together, though they were all relatively weak. The most notable El Nino years include 1982-1983, 1986-1987 and 1997-1998. In fact, the 1997-1998 El Nino was so strong that it started to gain national attention. The effects of a strong El Nino include a wetter than normal season in most of the United States, though the Pacific Northwest states tend to be drier. An El Nino affects the weather worldwide. Indonesia and the Philippines, for example, are drier than normal during El Nino and have increased risk of forest fires while East Africa experiences much wetter conditions from March through May. La Nina has the opposite effect as El Nino, causing the United States to be drier than normal. Samples of a strong El Nino and La Nina occurrence are available as additional datasets. In these datasets, the land is true color shaded and a mask has been applied to highlight only the region off of South America. 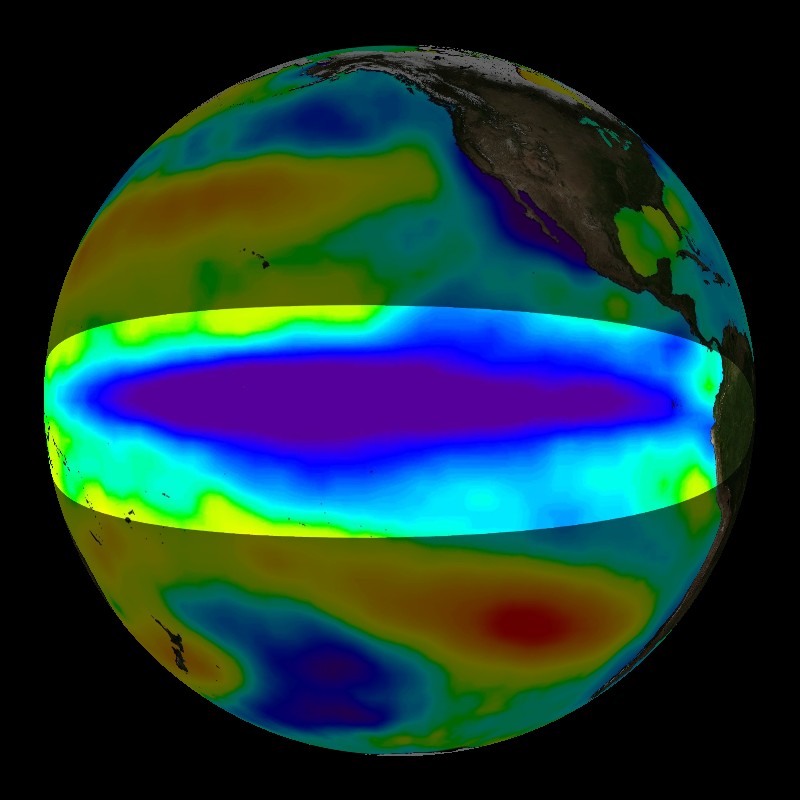 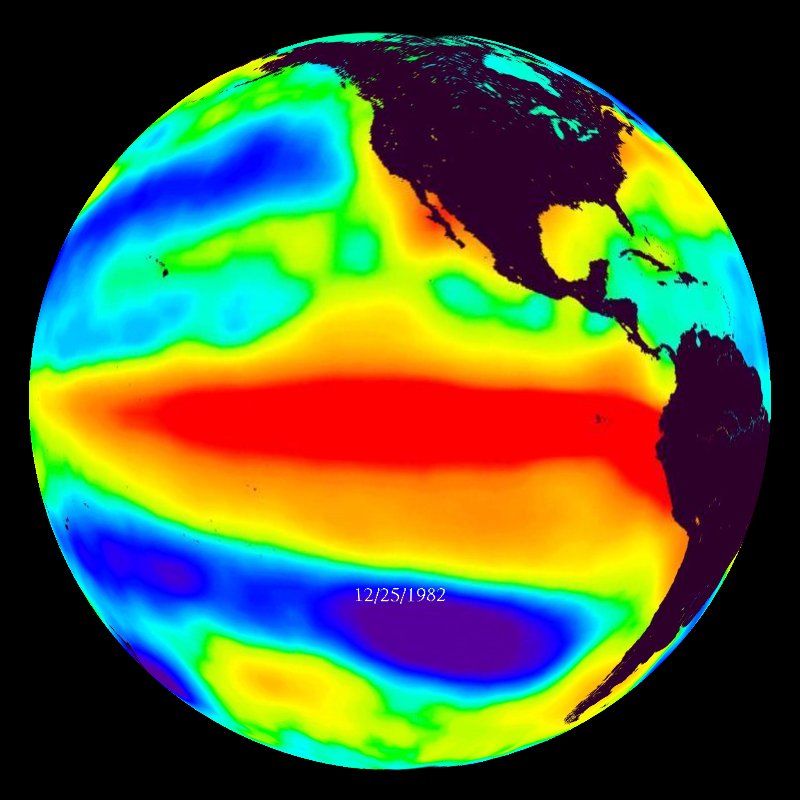