Nowadays, we can anticipate where and when a tropical cyclone will hit land thanks to precision forecasts enabled by powerful computers and high-tech observational tools. But long ago, the most powerful storms in the world struck coastal dwellers by surprise. How did we learn to predict these tempests? Forecast: Tropical Cyclone, a new movie developed for Science On a Sphere (SOS)® by the American Museum of Natural History, chronicles the history and science of tropical cyclone prediction. 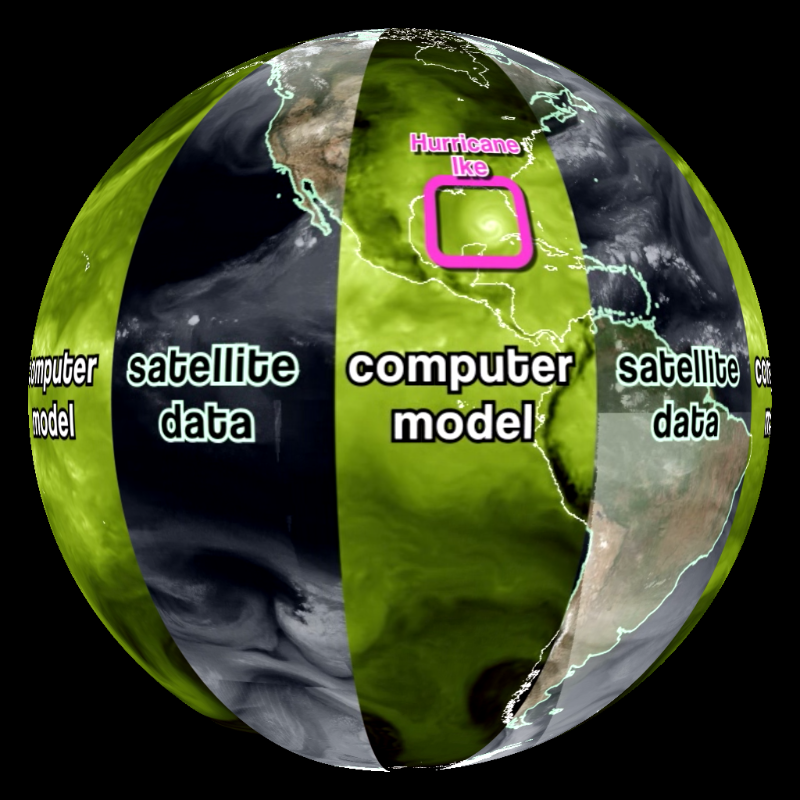 Forecast: Tropical Cyclone takes sphere-watchers on a journey through time and technology, beginning with early storm observations from Caribbean shores and the decks of schooners through the modern age of computer modeling. Along the way, dynamic narration, visualized data, and animation explain how people came to observe and understand the patterns of hurricanes, typhoons, and cyclones–collectively known as tropical cyclones. The movie also reveals the inner workings of these storms and deconstructs how computer models work to predict them.

Forecast: Tropical Cyclone was produced by the American Museum of Natural History (AMNH) in New York City as part of the SOS Ocean-Atmosphere Partnership, a collaboration between AMNH, the Science Museum of Minnesota, the Maryland Science Center, and NOAA's Geophysical Fluid Dynamics Laboratory. The movie is 8 minutes, 19 seconds long. Visit The Flow: Currents and Climate to download a second movie produced for the SOS Ocean-Atmosphere Partnership by the Science Museum of Minnesota.

To support the movie, AMNH has also prepared a description of datasets depicted as well as useful resources on tropical cyclones and computer modeling. Additionally, the Maryland Science Center has developed two live SOS shows for docents to engage audiences with the content of Forecast: Tropical Cyclone. The shows employ props and additional imagery and datasets. You will find the scripts and related resources at the following links: