We've all felt the atmosphere's ability to move heat and moisture across our planet, but the atmosphere is only part of the story. Ocean currents are also essential in regulating the climates that make our planet so... livable. So how do these currents work, how do they affect us, and how might our actions be affecting them?

Flow: Currents and Climate is a new film for the Science on a Sphere system, created by the Science Museum of Minnesota in partnership with the American Museum of Natural History, the Maryland Science Center, and the Institute for Learning Innovation. The movie is 8 minutes, 9 seconds long. Visit Forecast: Tropical Cyclone to download a second movie produced for the SOS Ocean-Atmosphere Partnership by the American Museum of Natural History.

Flow introduces viewers to oceanic thermohaline circulation - the system of global ocean currents that cycle warm and cold water across the planet. This marine conveyor belt is a key mechanism in the complex exchange of energy between the oceans and the atmosphere, transferring heat from tropical regions to cooler high latitudes, and it plays a vital role in regulating Earth's climate. 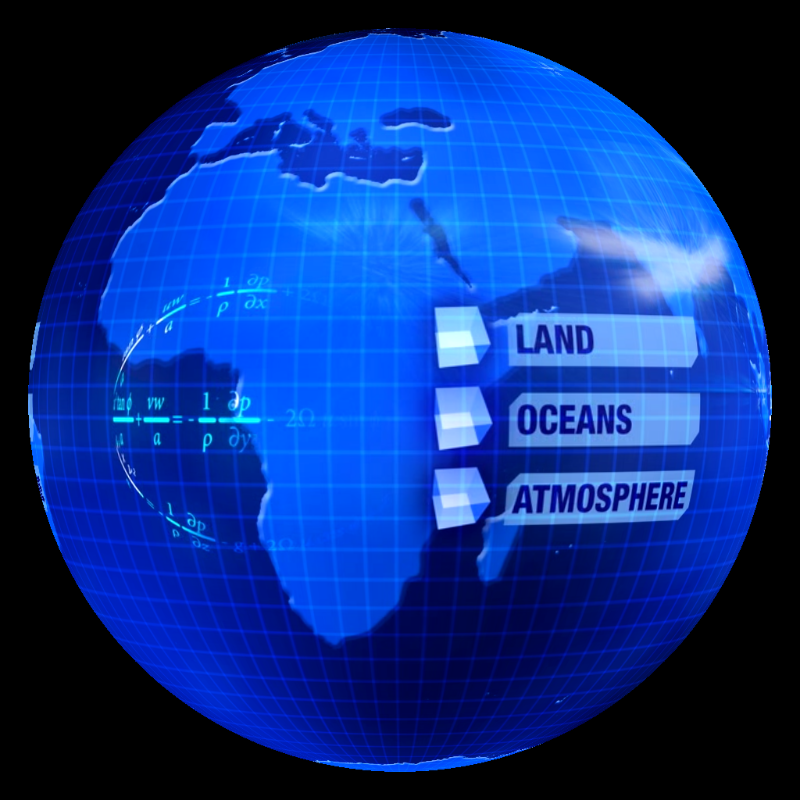 The scale and complexity of ocean and atmosphere systems can make them seem remote and irrelevant to individual human beings. Flow combines global animations on the sphere with live-action actors to emphasize the impact distant ocean currents can have on our day-to-day lives. The film traces our knowledge of ocean-atmosphere circulation from Benjamin Franklin's early studies of the well-known Gulfstream Current, to the state of the art computer climate models currently being developed by the National Oceanic and Atmospheric Administration. Contributed by the film's science advisors at NOAA's Geophysical Fluid Dynamics Laboratory, colorful, high-resolution visualizations of worldwide ocean currents give viewers a glimpse of the actual sophisticated modeling tools scientists are using to study our oceans and atmosphere, and the effects global warming could have on a climate system humanity has relied upon for thousands of years.

The Maryland Science Center has developed a live SOS show for docents to engage audiences with the content of The Flow: Currents and Climate. Called the Ocean-Climate Connection , the show employs props and additional imagery and datasets.