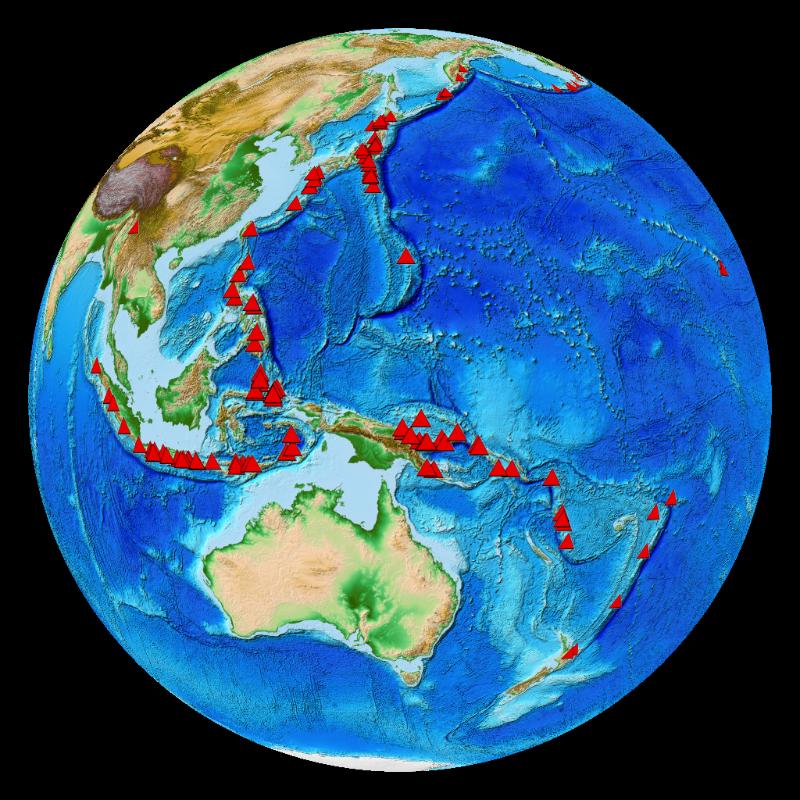 There are three datasets that highlight global volcano locations. This dataset is from the National Geophysical Data Center's Significant Volcanic Eruption Database and shows the locations of significant eruptions, of which there are over 400. An eruption if considered significant if there are any fatalities linked to it, the cost of the damage is over one million dollar, it causes a tsunami, or there is a major earthquake associated with it. Also available from NGDC is a dataset showing the locations of volcano eruptions causing tsunamis. The last dataset, Volcano Locations Globally from the Smithsonian Institute's Global Volcanism Program, illustrates the locations of current and past activity for all volcanoes on the planet active during the last 10,000 years.