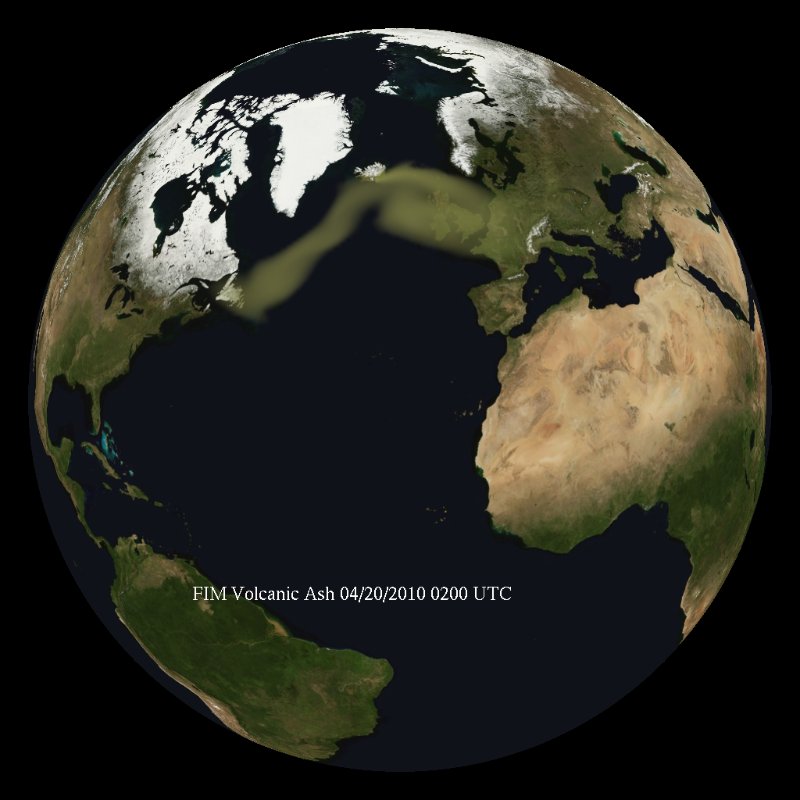 Eyjafjallajokull, a glacier covered volcano in southern Iceland, erupted explosively on April 14, 2010. The name Eyjafjallajokull is Icelandic for "island-mountain glacier." The volcano initially erupted on March 20, but this original eruption was much smaller and only caused a brief evacuation of the local area. The April 14 event was 10 to 20 times more powerful and had international impacts. Locally, the eruption and resulting lava melted the surrounding glacier, causing major flooding. Internationally, air traffic was impacted for several days following the eruption. The volcano ejected ash over 30,000ft into the atmosphere, causing significant disruptions to the European and Trans-Atlantic air travel. Airspace over much of northern Europe was closed from April 15 through April 23 for concerns over the abrasive volcanic ash causing engine failures.

The last time Eyjafjallajokull erupted in 1821, it spewed ash for over a year. The London Volcanic Ash Advisory Commission determined that the 2010 eruption stopped on May 23, 2010. Volcanologists consider a volcano to once again be dormant when all activity ceases for three months. This dataset was created with the FIM-Chem-Ash forecasting model, a global model developed by NOAA that forecasts 17 aerosol concentrations, including volcanic ash. In this dataset, only volcanic ash is included. The forecast starts April 15, the day after the eruption and runs for one week, through April 22. The effect of the weather patterns on the ash dispersion is readily apparent in this animation, as the ash cloud changes shapes and moves different directions. The transparency of the color is set on a logarithmic scale to the concentration of the ash.