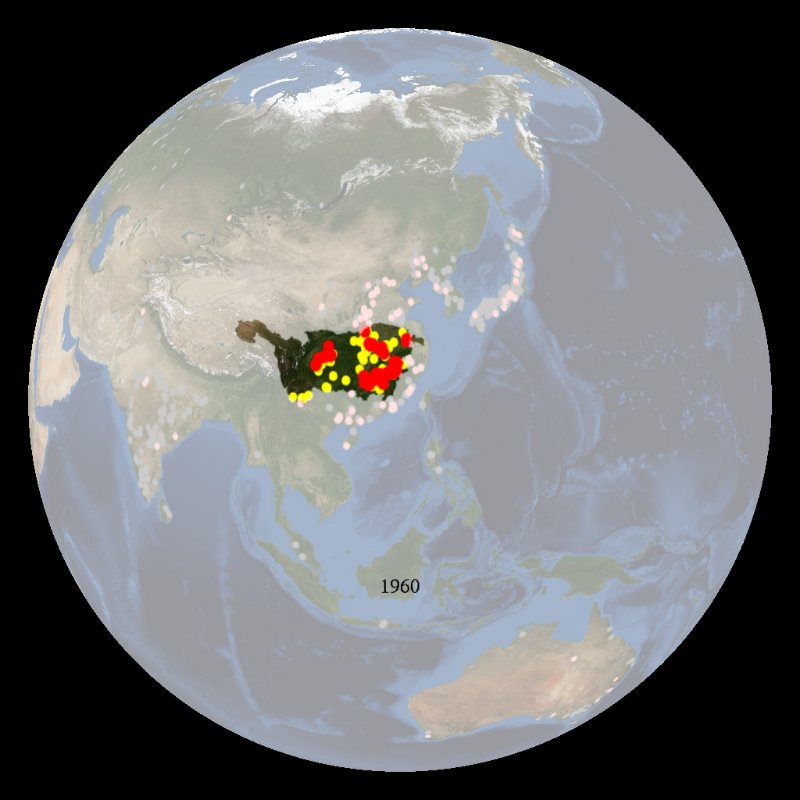 This dataset illustrates the construction of dams in China's Yangtze River Basin from 1800-2010. We display all dams listed in the Global Reservoir and Dam Database (GRanD). All dams that have a reservoir with a storage capacity of more than 0.1 cubic kilometers are included, and many smaller dams were added where data were available.

The Yangtze River Basin has experienced significant development from the 1950s-present. It currently has 50,000 reservoirs of various sizes. The biggest dam in this basin is the Three Gorges Dam on the Yangtze River, which was completed in 2003 and is one of the world's largest hydroelectricity plants. The Yangtze River is largest river in China, and nearly 500 million people reside in its watershed. Approximately 20 more dams are scheduled to be constructed in Yangtze River Basin by 2015.

Educational materials have been developed for the global dams dataset, including a few PowerPoint slides, that can be used on a supplementary screen while viewing the dataset on Science On a Sphere®. Also, a discussion-based lesson plan can be used to facilitate student learning about the economics and ecology of dams.