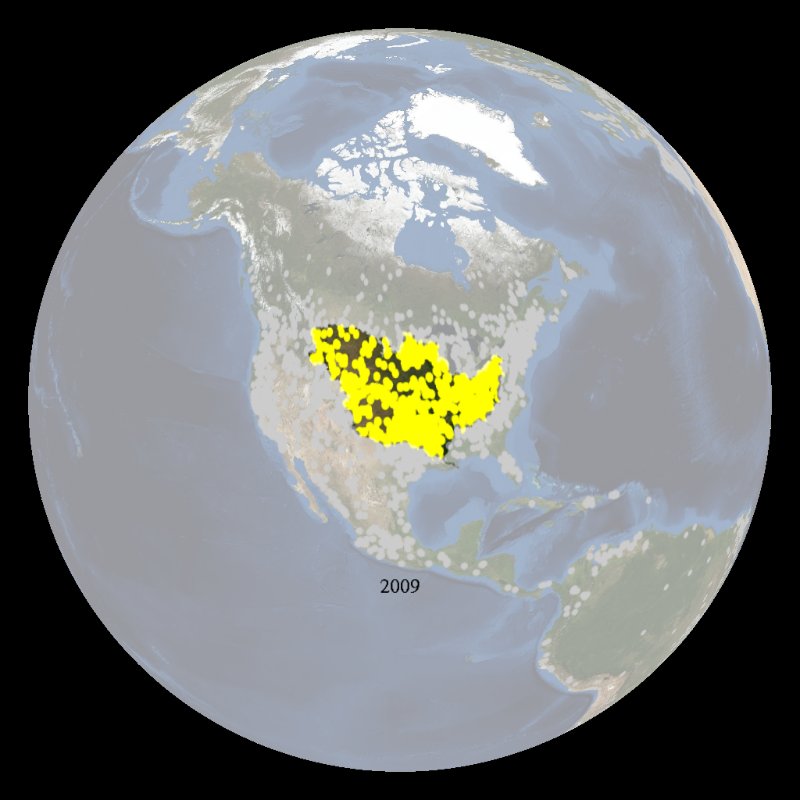 This dataset illustrates the construction of dams in the Mississippi River Basin from 1800 to the present. We display all dams listed in the Global Reservoir and Dam Database (GRanD). All dams that have a reservoir with a storage capacity of more than 0.1 cubic kilometers are included, and many smaller dams were added where data were available.

This movie zooms in on dam development in the Mississippi River basin in the USA. The Mississippi River drains about 40% of the continental US, and about 50 cities currently rely directly on the Mississippi river for drinking water. Between 1880 and 1912 a series of dams were built upstream, the so-called 'Headwater Dams', for flood prevention and to assure shipping. Dam construction continued and peaked in the 1950's, and nowadays there are 1,000's of dams spread throughout the Mississippi basin. Consequently, the most downstream areas of the Mississippi delta and Louisiana coastal zone receive much less sediment than under natural conditions, causing the delta area to shrink.

Educational materials have been developed for the related global dams dataset, including a few PowerPoint slides, that can be used on a supplementary screen while viewing the dataset on Science On a Sphere®. Also, a discussion-based lesson plan can be used to facilitate student learning about the economics and ecology of dams.