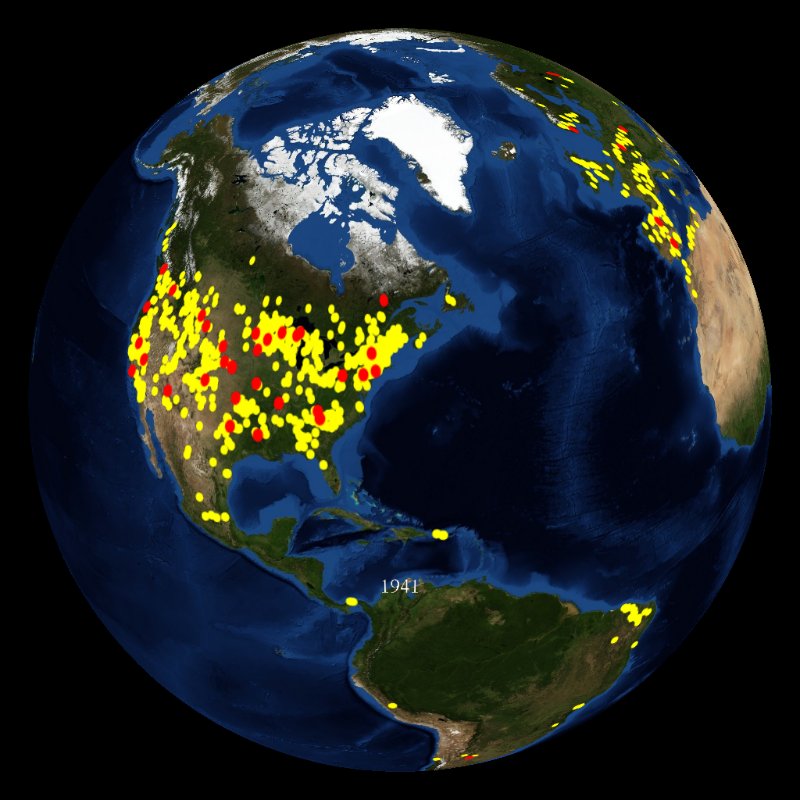 This dataset illustrates the construction of dams worldwide from 1800 to the present. We display all dams listed in the Global Reservoir and Dam Database (GRanD). It includes 6,862 records of reservoirs and their associated dams. All dams that have a reservoir with a storage capacity of more than 0.1 cubic kilometers are included, and many smaller dams were added where data were available. The total amount of water stored behind these dams sums to 6.2 km3. The red dots indicate the newly built dams and reservoirs each year, and the yellow dots represent the dams already in place. The dams and reservoirs do not only store water, they also trap the incoming sediment that the river transports. Consequently, much less sand and clay travels to the coast, where it would normally be depositing in the delta region. The reduced sediment load of major rivers has influenced the vulnerability of many deltas worldwide.

Educational materials have been developed for this dataset, including a few PowerPoint slides, that can be used on a supplementary screen while viewing the dataset on Science On a Sphere®. Also, a discussion-based lesson plan can be used to facilitate student learning about the economics and ecology of dams.