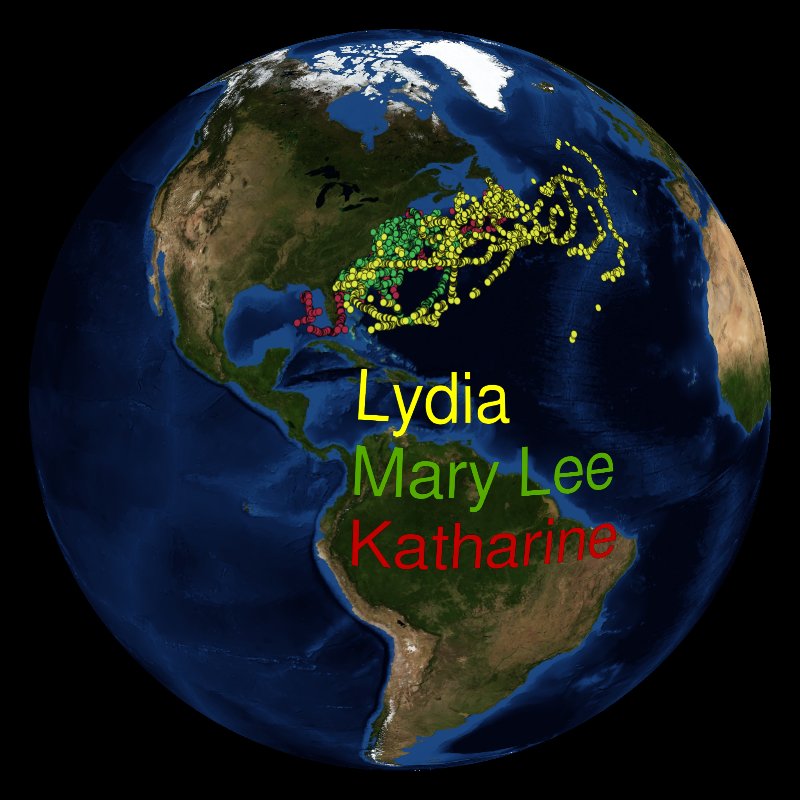 The overall goal of this live program is to paint a picture of why shark conservation is important based on what we know about shark migration patterns and fishing regulations. Great white sharks were once thought to be a predominantly shallow, coastal species, but we now know otherwise. The use of satellite transmitting tags allows scientists to track and monitor the movements and behavior of wildlife in their natural habitats. Tags, which are attached to the shark’s dorsal fin, are designed to send a signal to a satellite when the fin is above the surface for more than a minute.

This live program focuses on three sharks, Mary Lee, Katharine, and Lydia, and their tracks that have been observed. All of the sharks migrated seasonally from Massachusetts waters and the northeast shelf in the summer to overwintering habitat off the southeastern US and the Gulf of Mexico. These findings extend the known essential habitat for the white shark in the North Atlantic beyond existing protection with implications for future conservation.