The December 26, 2004 magnitude Mw 9.1 Northern Sumatra, Indonesia earthquake (3.316 N, 95.854 E, depth 30 km) generated a tsunami that was observed worldwide and caused tremendous devastation and deaths throughout the Indian Ocean region. The earthquake itself, which is the third largest in the world since 1900, caused severe damage and casualties in northern Sumatra, Indonesia, and in the Nicobar Islands, India. International tsunami survey teams with experts from many countries surveyed the coasts of almost all of the Indian Ocean countries that were affected by the tsunami. The measured runup heights (tsunami wave heights) from these field surveys, eyewitness accounts, and tide gauges are displayed in the image. A runup is the difference between the elevation of maximum tsunami penetration (inundation line) and the sea level at the time of the tsunami. Surveyed areas show runup heights over 20 m on the northwest coast of Sumatra in the Aceh Province with a maximum runup of 51 m. Runup heights of 5 to 20 m were measured on the coasts of Thailand and 4 to 12 m in Sri Lanka and India. More than 5,000 km away in Somalia, runup heights of almost 10 m were measured. There were 40 tide gauge recordings in the Indian Ocean with a maximum amplitude of 1.75 m at Port Blair, Andaman Islands. The tsunami was also observed on over 100 tide gauges in the Pacific and Atlantic Oceans. 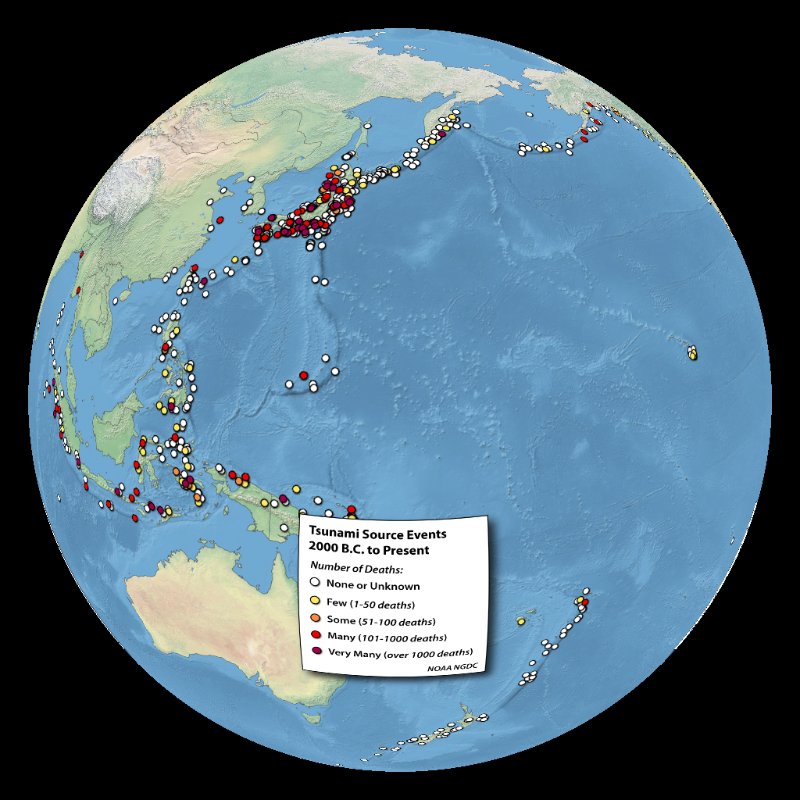