NOAA's National Centers for Environmental Information (NCEI) manages the United States national archive for multibeam bathymetric data and presently holds over 2600 bathymetric surveys received from sources worldwide, including universities, private industry and government organizations. This dataset was created from the archive of ship tracks for multibeam bathymetric surveys. They are color-coded by the year of survey: darker green lines are newer, and lighter green are older. The areas that have been mapped so far tend to be close to the coasts or have unique geological features, such as the Mariana Trench. 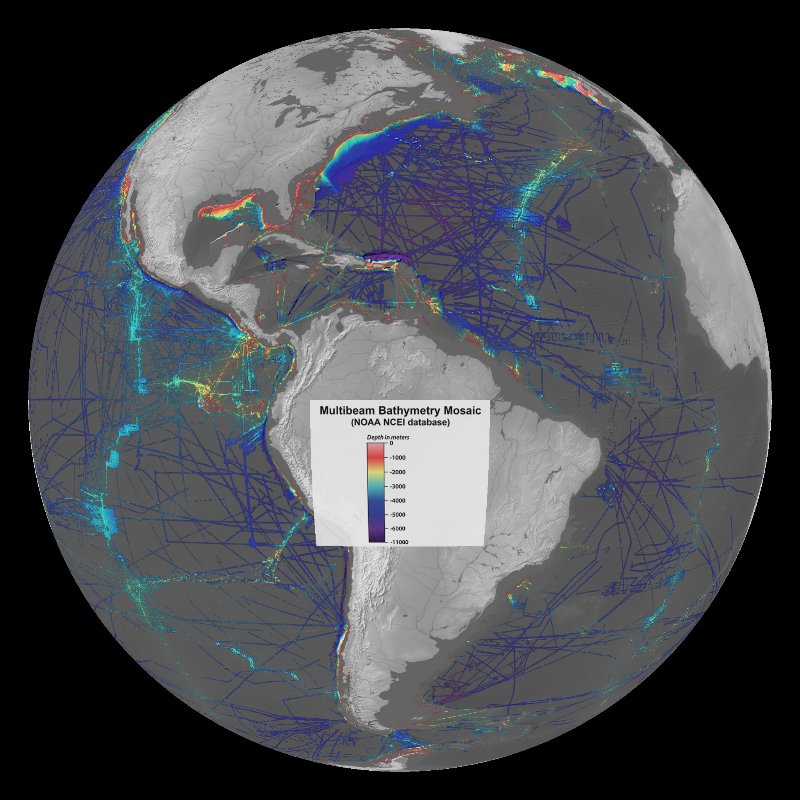