" Sea surface temperature plays a vital role in the behavior of the Earth's climate and weather. It is both a causal factor and a resulting effect of complex interactions of natural forces on Earth. NASA not only measures sea surface temperature from space using powerful scientific instruments, but it also studies temperature processes in advanced computer models." -Gretchen Cook-Anderson, Goddard Space Flight Center

While the coldest areas remain at the poles and the warmest area remains at the Equator, many of the seasonal variations linked to the ocean are visible in this dataset generated by a NASA computer model. The warmest water, which is shaded red, can be seen expanding from the equator during the summer. The East Coast of the U.S. warms steadily during the summer months and then cools in the fall and winter. Ocean currents are also visible, such as the Gulf Stream, which transports warm Gulf of Mexico water up the East Coast. Along the edges of many of the currents, ocean eddies (small whirlpools) can be seen mixing and dispersing the temperature gradients. Ocean eddies also appear along coasts, where land is an obstacle in the path of the water. 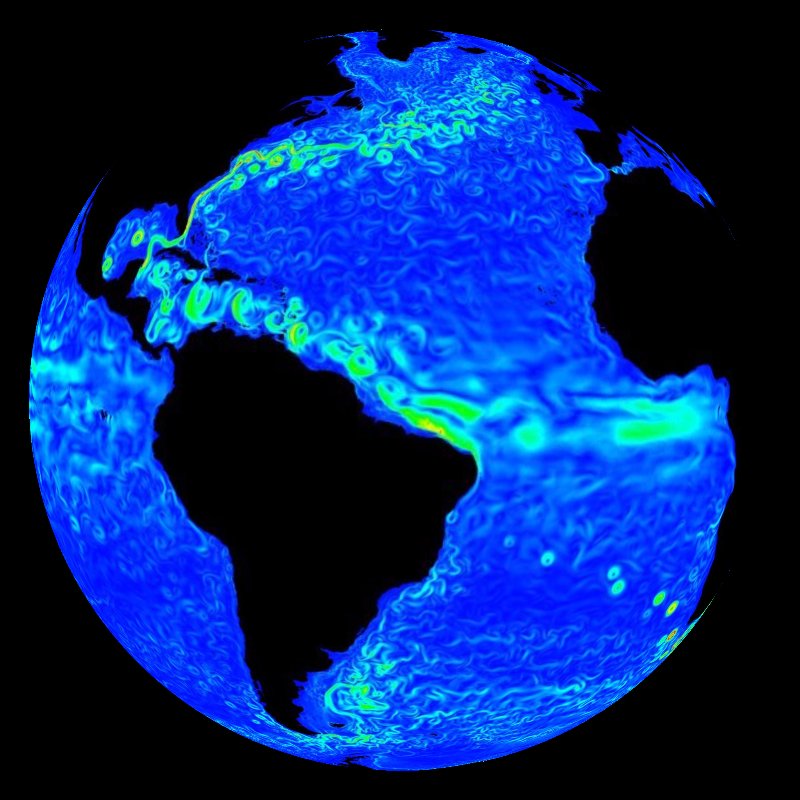