The water in the ocean is constantly moving. Ocean currents are typically driven by surface wind and can have a huge impact on climate. Northwest Europe is moderately temperate considering its latitude because the Gulf Stream off of the eastern coast of the United States transports warm water north to those areas. In fact, the Atlantic Ocean along the U.S. coast is much warmer than the Pacific Ocean along the U.S. coast because of the warm water transported in the Gulf Stream. In this visualization, a model created by NASA, the color variations denote speed. The lighter green areas are moving faster than the blue areas.

Along most of the coasts, where the water faces an obstacle, the water’s velocity increases and eddies form. Eddies (small whirlpools) are most readily seen in streams, where they form behind rocks as the water flows around them. The eddies in the ocean follow the same priniciple, but are so large that they are hard to detect. Eddies can also spin off at the edges of currents as they travel through the oceans. An almost constant string of eddies is visible off of the northern coast of South America as an equatorial current from Africa crashes into South America. Eddies are also visible off of many islands around the world. 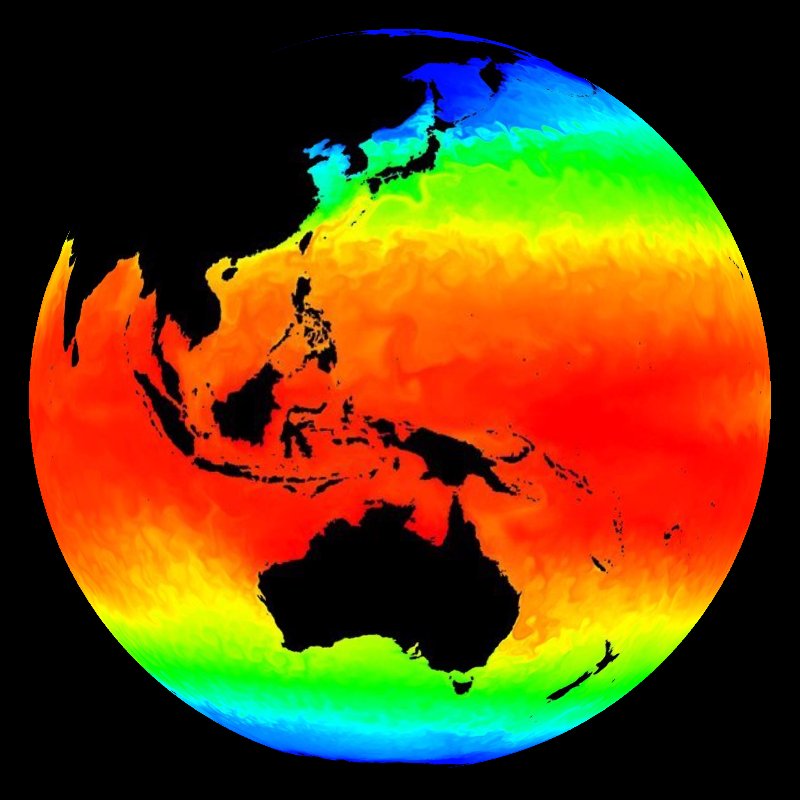