NASA's MODIS instrument on the Aqua satellite is a widely used tool in Earth science. This dataset shows three of the 36 colors (wavelengths) the instrument detects, corresponding to red, green, and blue---the colors the human eye can see. Using these data, scientists can track dust being blown out of the desert and across the oceans, see ash clouds from fires and volcanic eruptions, and can even locate floods and large landslides. The Aqua satellite is a polar-orbiting satellite, orbiting once every 99 minutes at an altitude of 705 km (438 miles). It is also sun-synchronous, crossing the equator south to north around 1:30 pm in the local time zone. As daytime moves around the world, the satellite follows, building up a sunlit picture of the entire Earth over 24 hours. At its highest resolution, the instrument can detect features as small as 250 meters across.

Because this instrument requires sunlight to operate (it's like a digital camera in many respects), the pictures taken at night aren't shown. Consequently, near the poles where night lasts for months on end, large areas of missing data develop during the winter. As the equinox approaches, the holes shrink and data coverage improves. This dataset is near real-time, with a three day lag in imagery. The data is consistently updated to always contain the images over the past week. 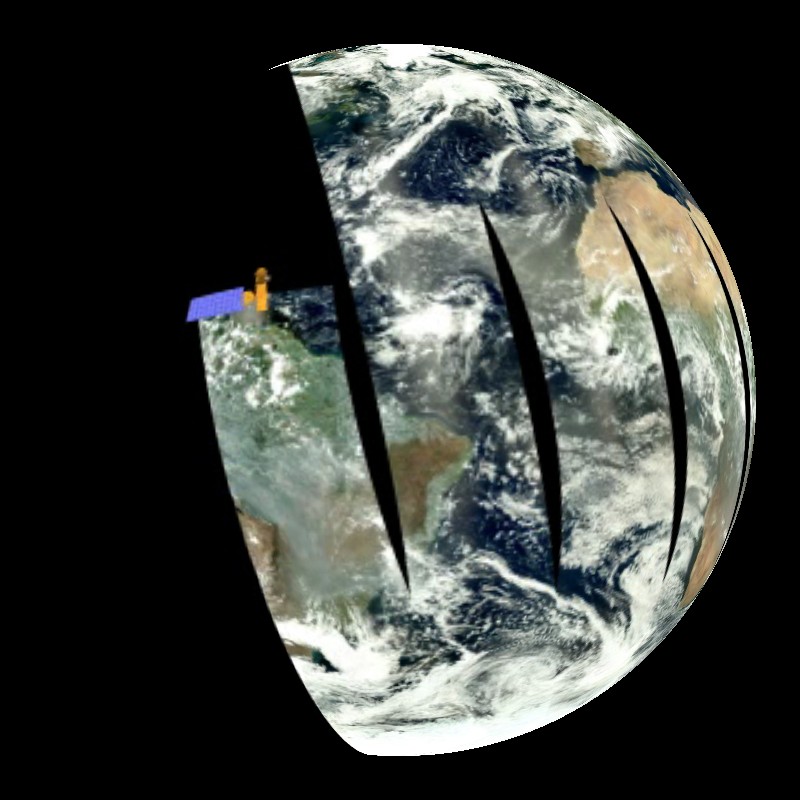