In this dataset, the ocean-atmosphere exchange of carbon dioxide is shown as projected by the SSP5 scenario, using GFDL’s ESM4 model between 2015 and 2100. SSP5-8.5 is a very high greenhouse gas emissions scenario - and unlikely to happen - where carbon dioxide emissions triple by 2075. The resolution of the climate model is 1/4 degree for the oceans and 1 degree for the atmosphere. 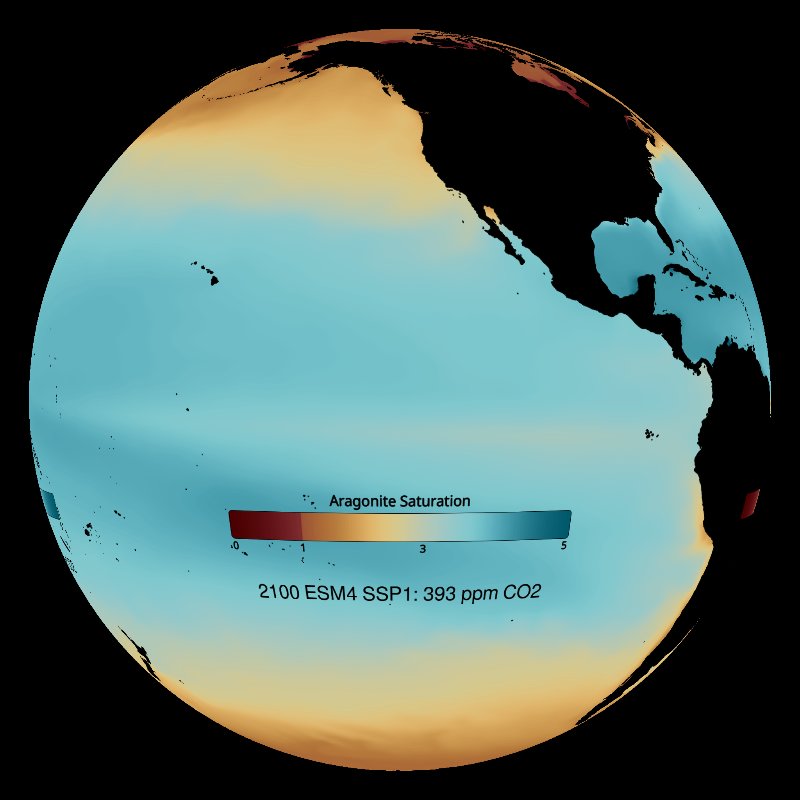 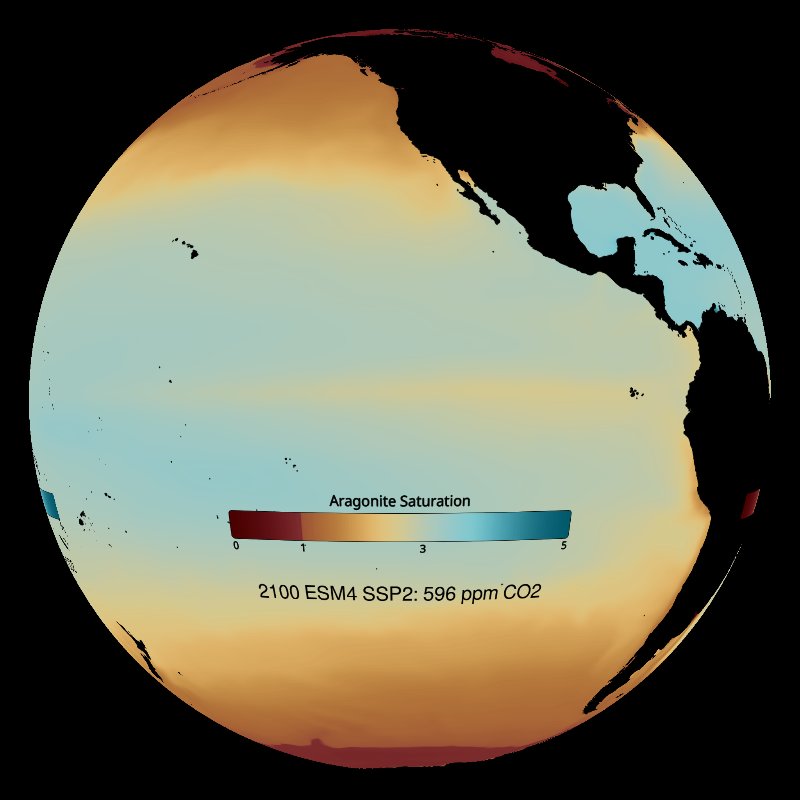 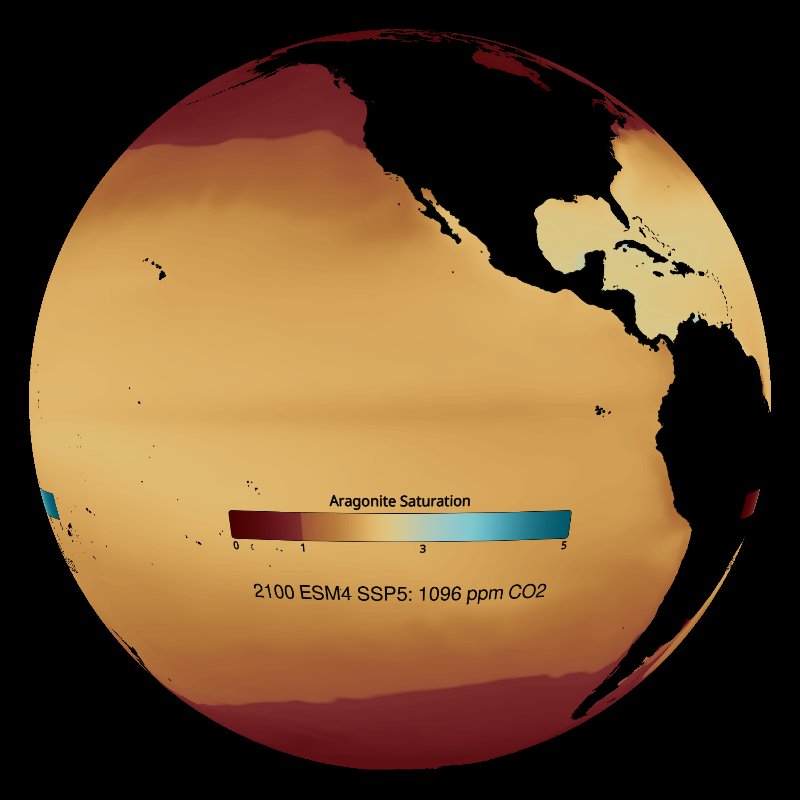 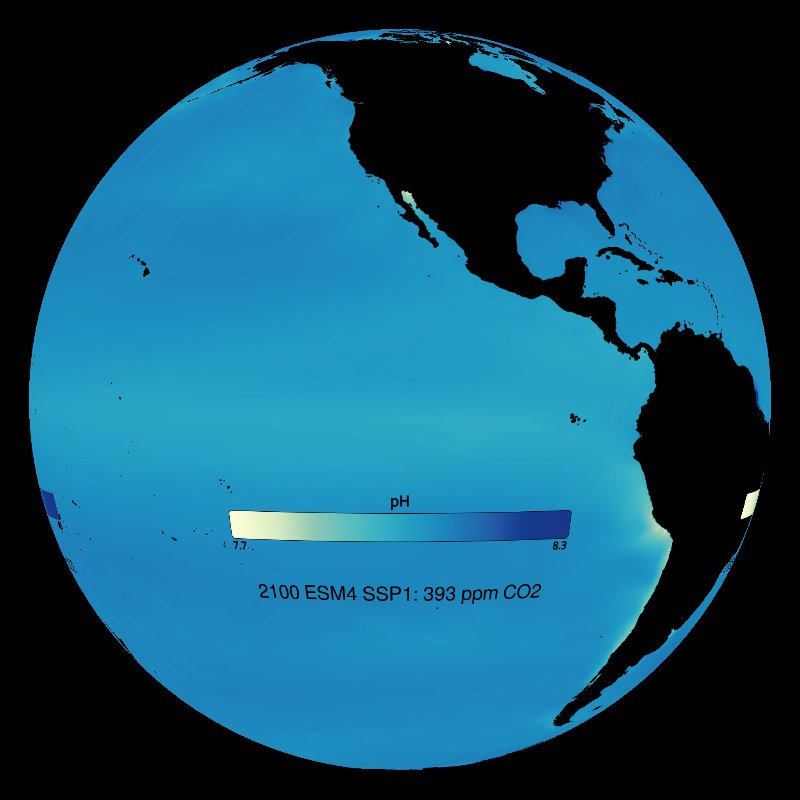 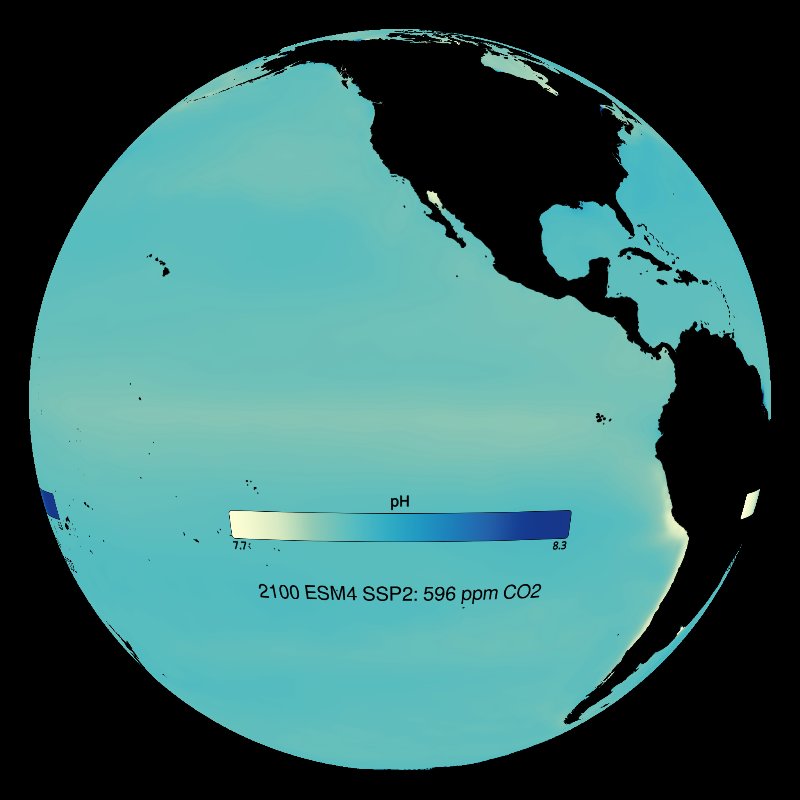 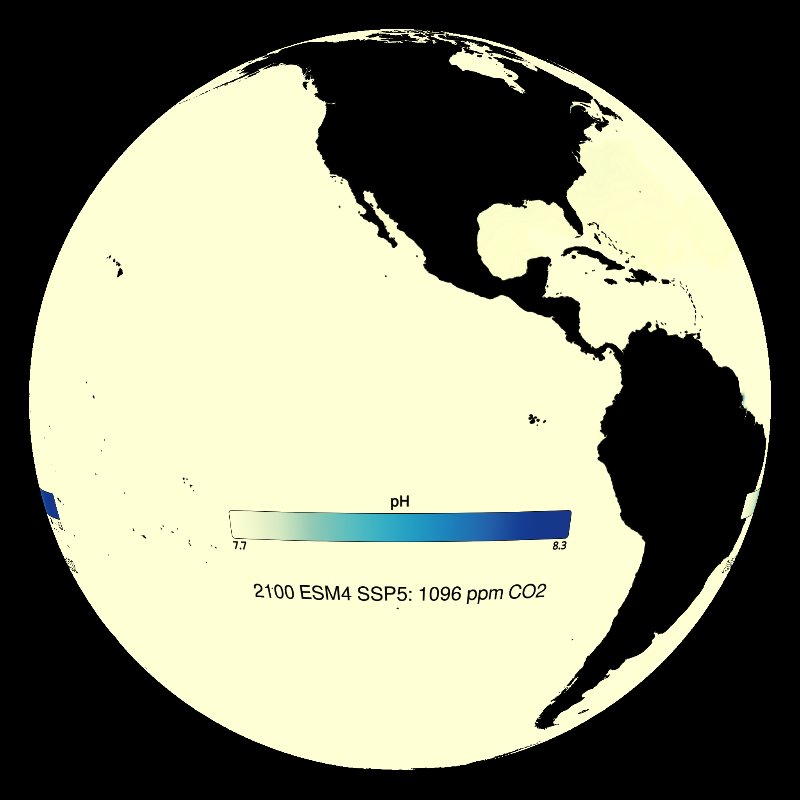 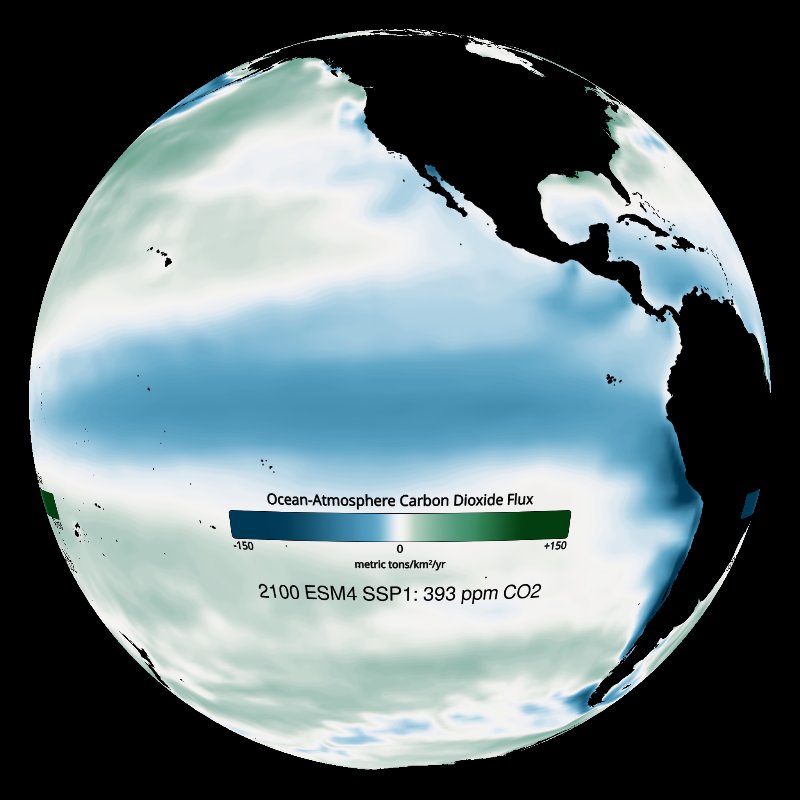 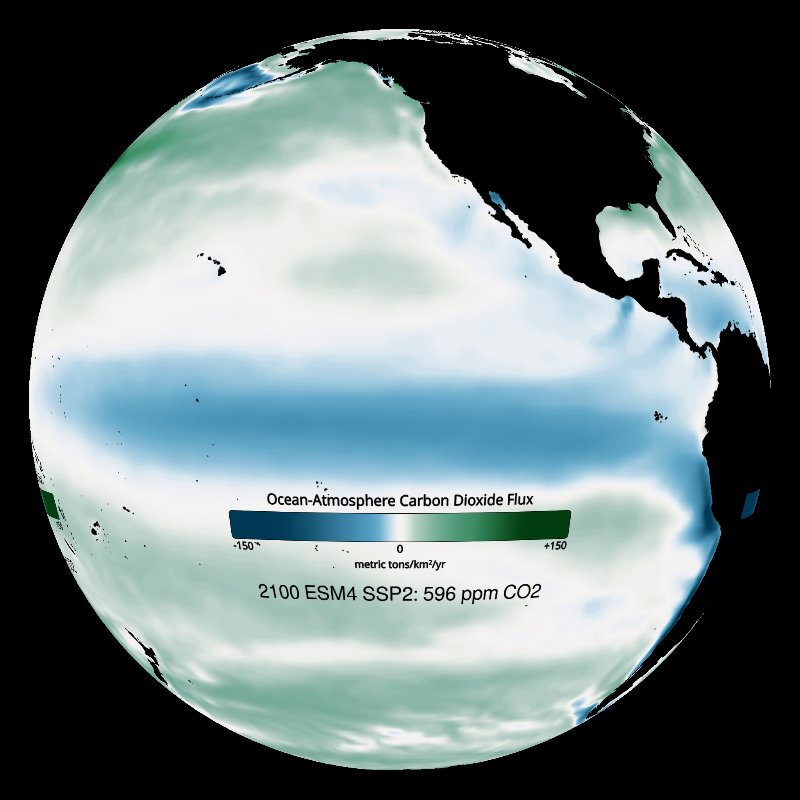