Three hundred and eighty million miles from Earth, the solar system's largest planet spins like a sizzling top in the night, massive and powerful beyond all comparison short of the sun itself. It's therefore only fitting - and certainly about time - that the fifth planet receive its proper cinematic due, set naturally on the most appropriate cinematic platform. With the movie LARGEST, Jupiter comes to Science On a Sphere.

LARGEST examines the gas giant like a work of art, like a destination of celestial wonder. Starting with the basics, the movie examines the gross anatomy of the immense planet. From swirling winds to astounding rotational velocity to unimaginable size, Jupiter demands nothing less than a list of superlatives. But where general description sets the stage, LARGEST parts the curtains on humanity's experience with the fifth planet. The movie takes us on a journey to this immense sphere via dramatic fly-bys with some of the most astounding robotic probes ever designed. Then, with NASA instruments trained on the striped behemoth, the drama really begins. To learn more about LARGEST, visit the film's website at: 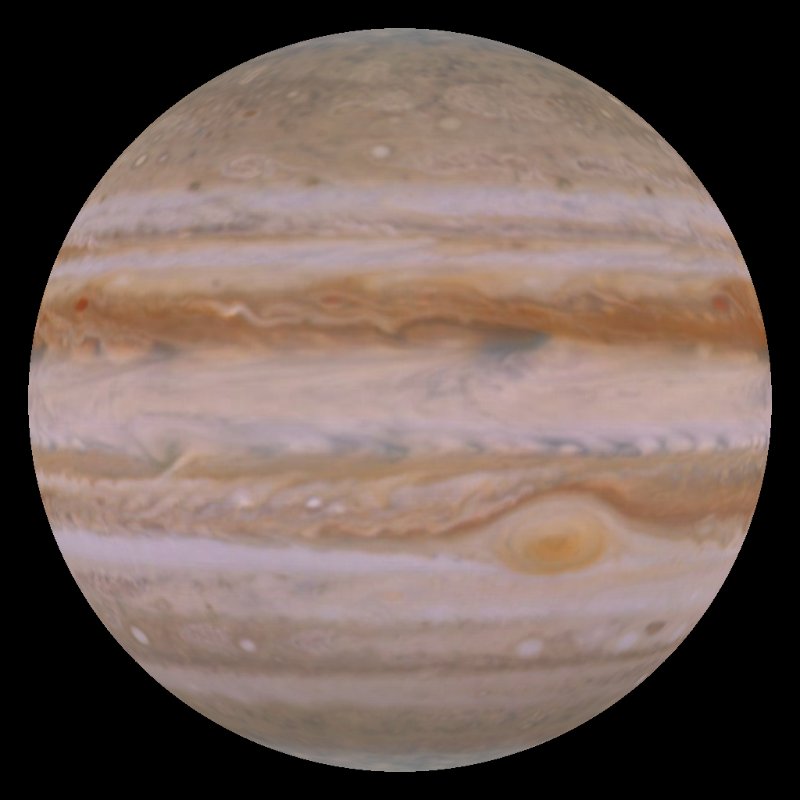