The fifth planet in the solar system, Jupiter is the first of the gas planets. It is the largest planet in the solar system with an impressive radius of 44,423 miles, more than 11 times that of Earth, and about one-tenth that of the sun. Because Jupiter is a gas planet, it does not have a solid surface, the gases simply become denser closer to the center, eventually turning into a liquid. Because this planet is not a solid, it easily distorts. In fact, Jupiter, which has the fastest rotation rate in the solar system, bulges at the equator and flattens at the poles due to its rapid rotation. Jupiter’s composition is estimated to be 90% hydrogen and 10% helium with a couple of other trace gases as well. What can be seen from space are the ammonia clouds that surround the planet. The visible bands of color are the result of very high velocity winds that flow in opposite directions in adjacent bands. Within these bands are storms that have raged on for years. The most notable is the Great Red Spot, a storm that has been observed for 300 years. Three Earth’s could easily fit into the Great Red Spot.

This dataset was created for inclusion in Largest by NASA. The original data from Cassini included only 14 frames, which resulted in a rather jerky animation. In order to compensate for this, NASA visualizers interpolated between frames to generate 220 frames from the original 14 frames. You can read more about the creation of the visualization here. The result is a high resolution animation of the very active Jupiter. 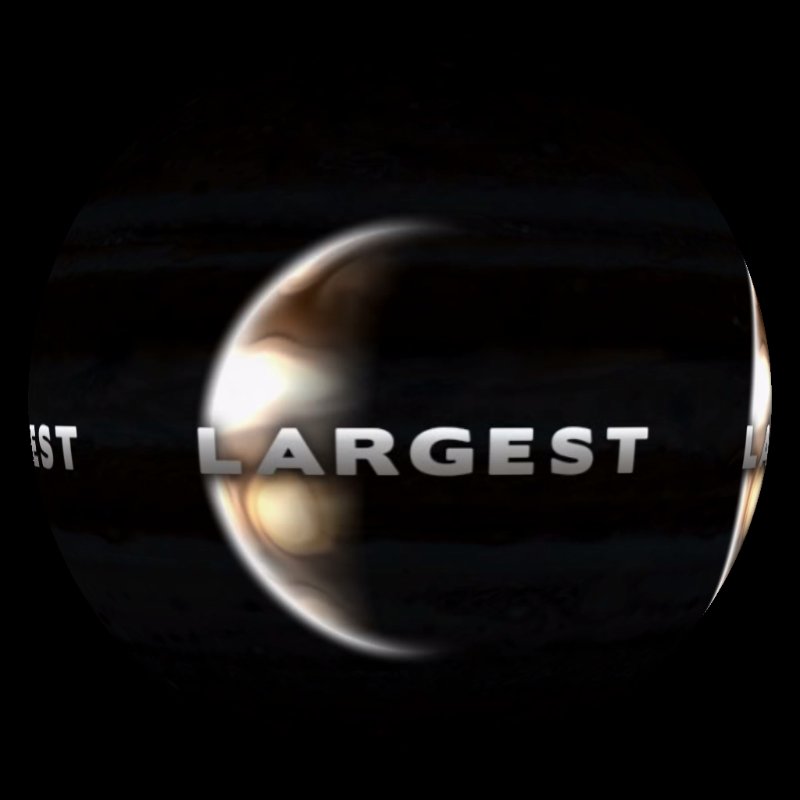