The path of Io around Jupiter is highly elliptical causing the tidal forces exerted on the moon to be immense. The effect of this is that the solid body of the moon can bulge out to almost 330 feet. This movement makes the moon incredibly hot, keeping the subsurface crust in a liquid state. This liquid sub-layer is one of the reasons for the high volcanic activity. One result of the volcanic activity is that there are very few crater marks as new lava is constantly filling in any craters that are created. Because of this, Io has a very young surface. There are three datasets available for Io. Io, Moon of Jupiter - USGS and Io (Jupiter moon) show the surface of the moon as imaged by Voyager and Galileo. This dataset starts with the surface of Io, then highlights the locations of 26 major volcanoes on Io and finally shows the surface again. 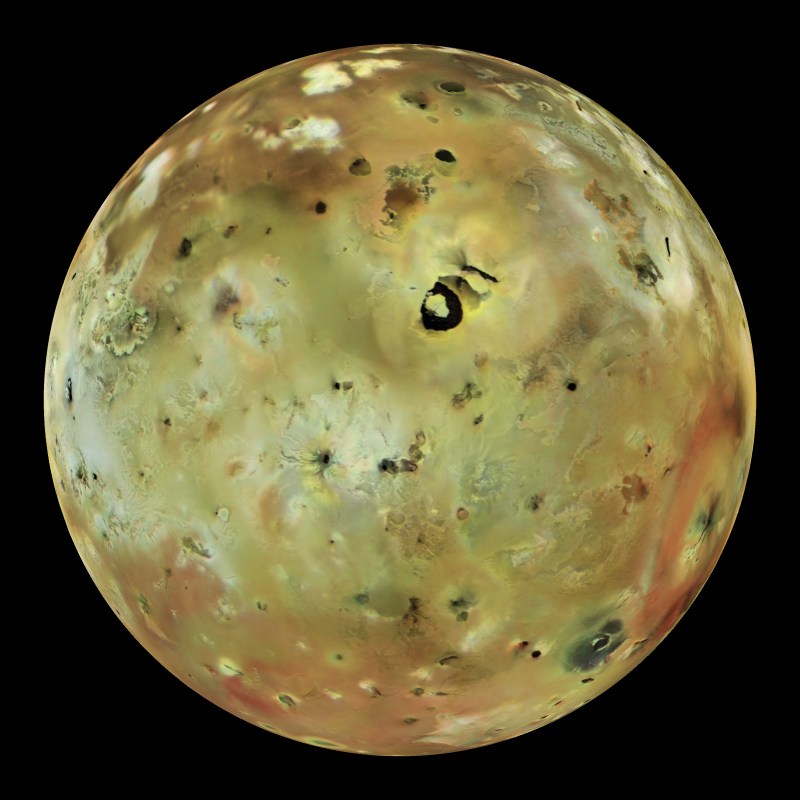