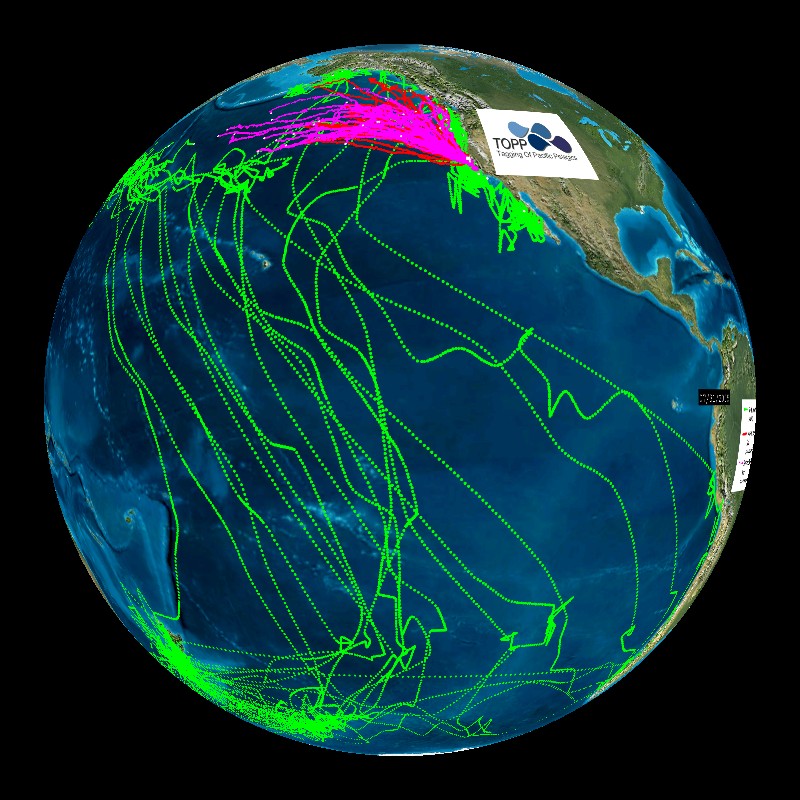 "TOPP, Tagging of the Pacific Predators, began in 2000 as one of 17 projects of the Census of Marine Life, an ambitios 10-year, 80-nation endeavor to assess and explain the diversity and abundance of life in the oceans, and where that life has lived, is living, and will live." - From TOPP website . Out of this came the Tagging of the Pacific Pelagics Project. Pelagaics are open ocean species such as sea birds and elephant seals. Scientists put satellite tags on animals that collect information about position, ocean temperature, pressure, salinity and more! This allows scientists to better understand the migration patterns and habits of these animals.