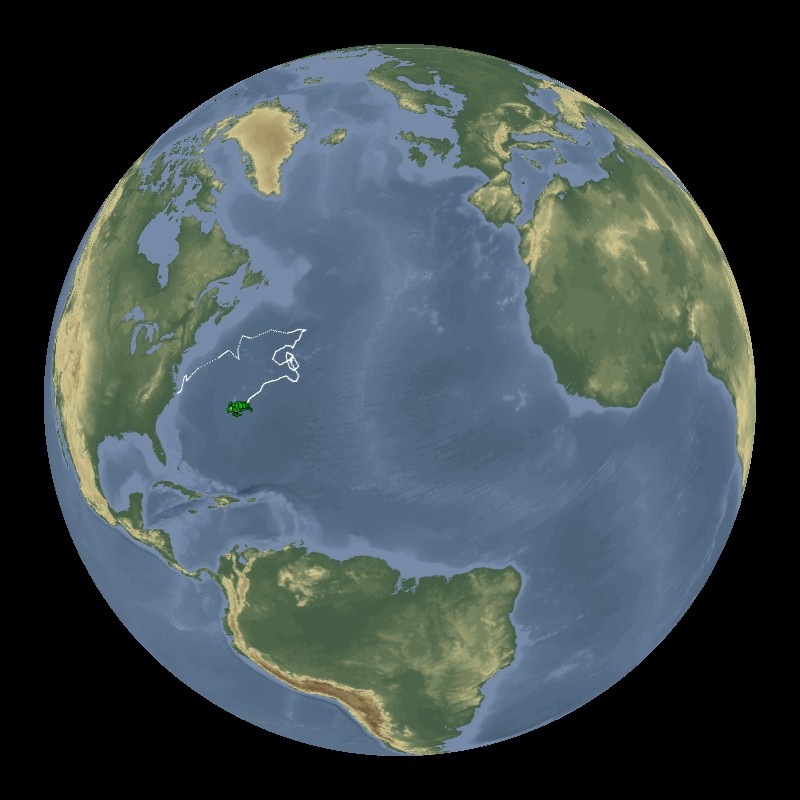 The Virginia Institute of Marine Science found a sub-adult juvenile loggerhead (Caretta caretta) sea turtle stranded off of Deltaville, Virginia along the western Chesapeake Bay in July 2004. The sea turtle, appropriately named Delta for the location where s/he was found stranded, had a broken left flipper and a severe head injury most likely from a collision with a boat propeller. Delta was transferred to the Virginia Aquarium Stranding Program for rehabilitation. After many months of recovery and head surgery, Delta was ready for release in November of 2004. Before release, Delta was outfitted with a satellite tag by Kate Mansfield, then a Ph.D. student at the Virginia Institute of Marine Science (College of William and Mary). This was done in order to track Delta's movements and determine the success of the recovery.

On November 16, 2004, Delta was released off of Ocracoke Island in the Outer Banks of North Carolina. The release was successful, with Delta swimming away from the release site normally. This dataset tracks the movement of Delta for the nine months after the release from November 16, 2004 through August 6, 2005. Immediately after release, Delta connected with the Gulf Stream and was transported north off of Nova Scotia and Newfoundland. Delta then appeared to wander around the Atlantic Ocean before turning back towards the United States. Delta was near Bermuda when the tag stopped transmitting. It is thought that the tag stopped transmitting signals because the battery in the tag ran out.