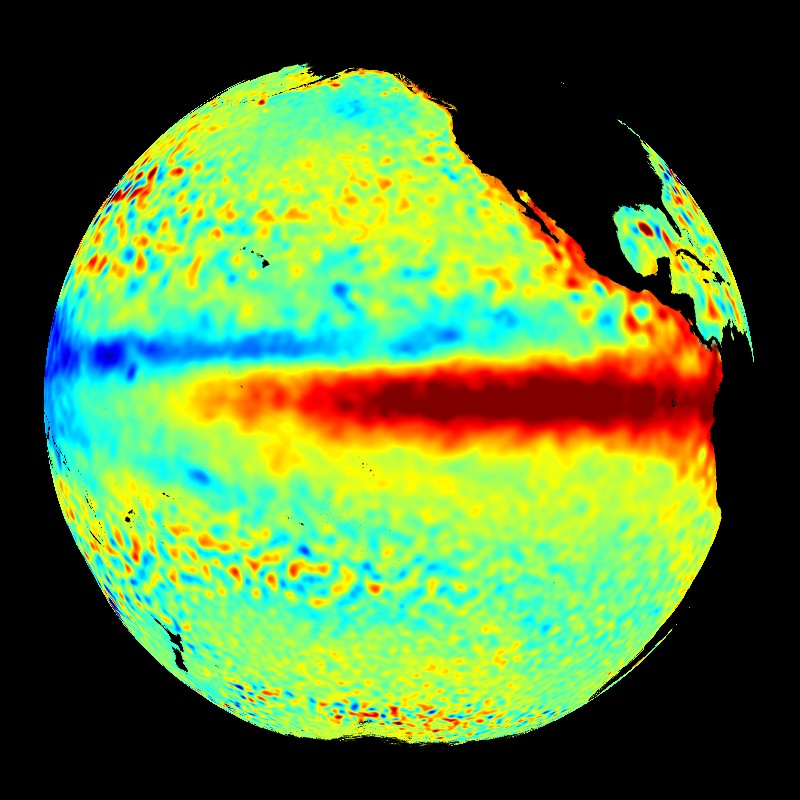 To gather long-term information about the world's oceans and currents, satellite instruments make extremely precise measurements of the height of the ocean surface above the center of the Earth, a measurement commonly called sea level. These data are combined to reveal the ocean surface topography (not to be confused with bathymetry, which is the relief on the bottom of the ocean). Sea surface height is of interest to scientists because it reveals information about how much heat is stored in the ocean. Warm water is less dense than cold water, so higher areas tend to be warmer than lower areas. Radar altimeter instruments onboard spacecraft have been continuously collecting sea surface height data over the global ocean for almost two decades.

This dataset illustrates the changing height of the ocean surface as seen from space from 1992 - 2008. The data are sea surface height anomalies from blended TOPEX/Poseidon, Jason-1, ERS 1, ERS 2, GFO and Envisat ocean altimetry satellites. An "anomaly" is the difference between the long-term average for different regions of the ocean and what is actually 'seen' by the spacecraft. When oceanographers and climatologists view these "anomalies" they can identify unusual patterns and see where heat is being stored in the ocean, which will influence future global climate events.