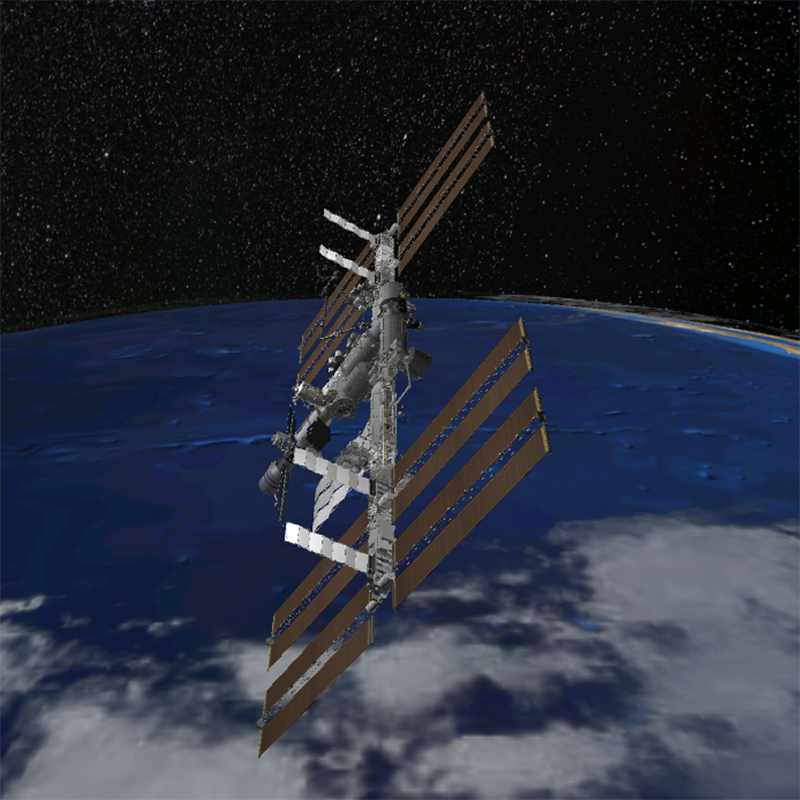 This dataset allows you to visualize 3D models of seven different satellites and watch how they orbit. Choose from a dropdown to view each satellite one at a time.

Launched in April 2006, CloudSat monitors the state of the Earth's atmosphere and weather with a sophisticated radar system. The instrument, jointly developed with the Canadian Space Agency, can predict which clouds produce rain, observe snowfall, and monitor the moisture content of clouds. 3D Model created by Kevin Lane at NASA/JPL-Caltech. Learn more about CloudSat here.

NASA's Hubble Space Telescope was the first astronomical observatory to be placed into orbit around Earth with the ability to record images in wavelengths of light spanning from ultraviolet to near-infrared. Launched on April 24, 1990, aboard the Space Shuttle Discovery, Hubble is currently located about 340 miles above Earth's surface where it completes 15 orbits per day approximately one every 95 minutes. 3D model by DigitalSpace Corporation for NASA. Learn more about Hubble Space Telescope here.

The space station orbits low Earth orbit. It was first launched in 1998, and is now the largest artificial body in orbit and can be seen from Earth with the naked eye. The ISS consists of pressurized modules, external trusses, solar arrays and other components. The ISS serves as a space environment research laboratory where crew members conduct experiments in biology, physics, astronomy, meteorology, etc. The ISS maintains an orbit with an altitude between 330 and 435 km and completes 15.54 orbits per day. Learn more about the International Space Station here.

Launched on June 20, 2008, the Ocean Surface Topography Mission (OSTM)/Jason-2 is an international satellite mission collects sea surface height measurements. Jason-2 high-precision ocean altimetry measures the distance between a satellite and the ocean surface to within a few centimeters. Accurate observations of variations in sea surface height-also known as ocean topography-provide scientists with information about the speed and direction of ocean cur-rents and heat stored in the ocean. This information, in turn, reveals global climate variations. 3D Model created by Kevin Lane at NASA/JPL-Caltech. Learn more about Jason-2 here.