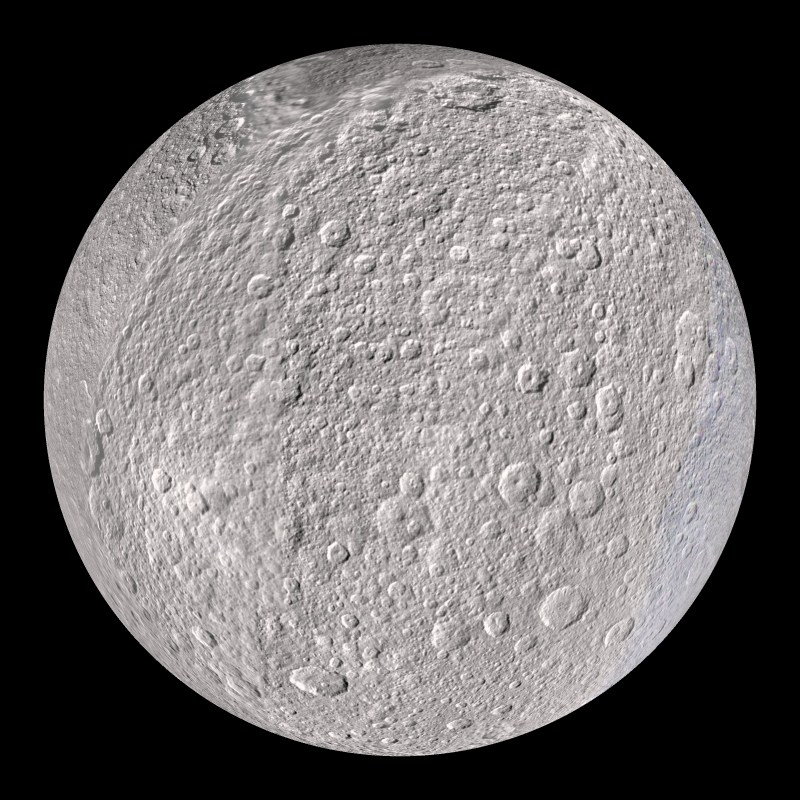 Rhea is Saturn’s second largest moon and the largest without an atmosphere. The composition and surface features of Rhea are remarkably similar to those of Dione, another moon of Saturn. Both moons have a similar composition as well as a heavily cratered leading hemisphere and a lightly cratered trailing hemisphere covered with bright streaks. Although there is not substantial proof that the bright streaks on Rhea are ice cliffs, this is the accepted explanation because they appear to be the same as those on Dione, which are proven ice cliffs.

The moon can also be divided into two geologically different areas based on crater density. Near the poles and equator, smaller craters are found suggesting that they are younger than the other regions, where craters with diameters larger than 25 miles can be found. This has lead scientists to believe that a major resurfacing event probably occurred during formation.