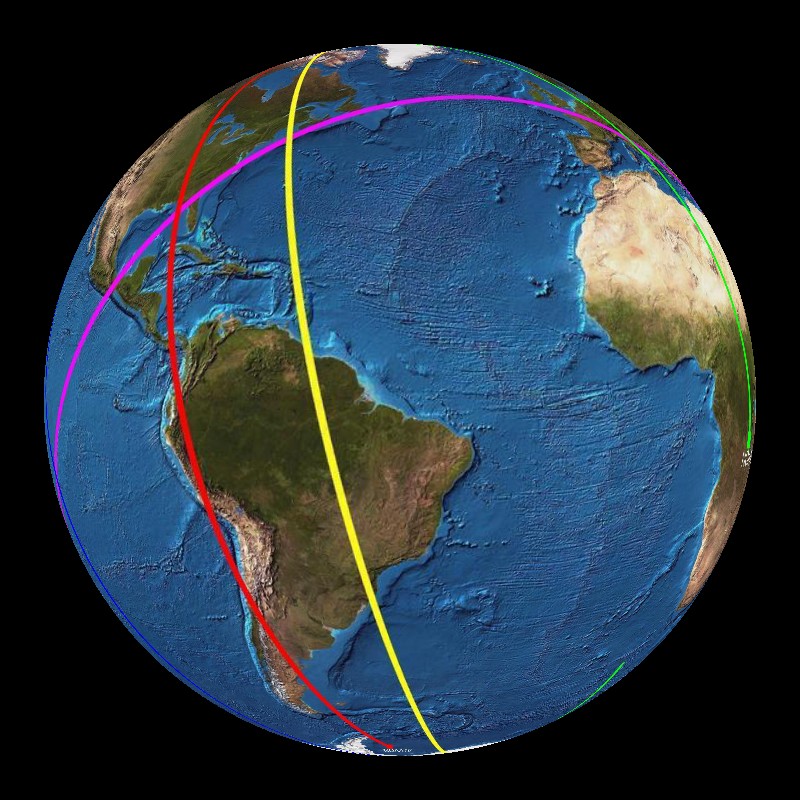 NOAA has four POES, Polar Operational Environmental Satellites, currently in orbit. The satellites are named chronologically, based on launch date. NOAA 15 was launched in 1998, NOAA 16 was launched in 2000, NOAA 17 was launched in 2002 and NOAA 18 was launched in 2005. In May and August of 2007 two older satellites, NOAA 14 and NOAA 12 respectively, were decommissioned. These satellites orbit the Earth in such a way that they pass over the poles. Each orbit takes approximately 102.1 minutes, allowing the satellites to circle the Earth about 14.1 times each day. The polar orbit enables the satellites to collect daily global data for land, ocean, and atmospheric applications. This data is used a large variety of environmental monitoring applications such as weather analysis and forecasting, climate research and prediction, global sea surface temperature measurements, ocean dynamics research, global vegetation analysis and many other applications.