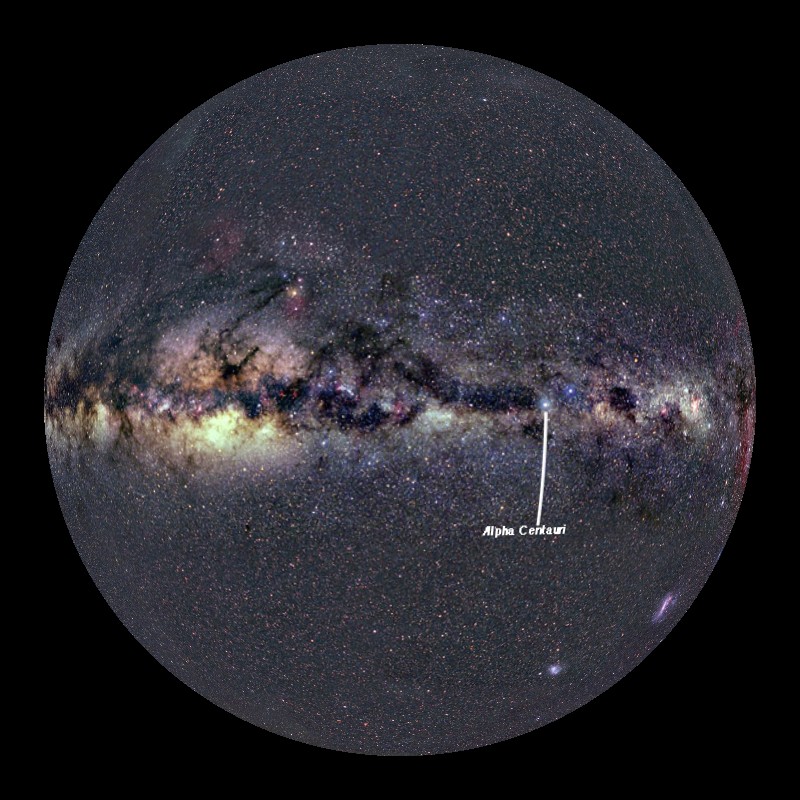 There are several adaptations of the same All-Sky Map. The one here is the image of the All-Sky map that was created by combining the 16 images. The other datasets use this as a base map. This current dataset is exactly the same as the All-Sky map except for the fact that the location of Alpha Centauri is labeled on the map. Alpha Centauri is a location of interest because it is the closet stellar system to the sun. Alpha Centauri is made up of three stars, the closest of which is only 4.22 light-years away. It is also an interesting place because it is considered one of the relatively few locations in the Milky Way that may offer conditions that are favorable to terrestrial life. On the scale of this image, Alpha Centauri can be used to pinpoint the location of the solar system since they are so close to one another. The final dataset, All Sky Panorama with Constellations, has constellation outlines over the All-Sky map to help the viewer pick out the location of common constellations. The red line is the plane of the ecliptic.