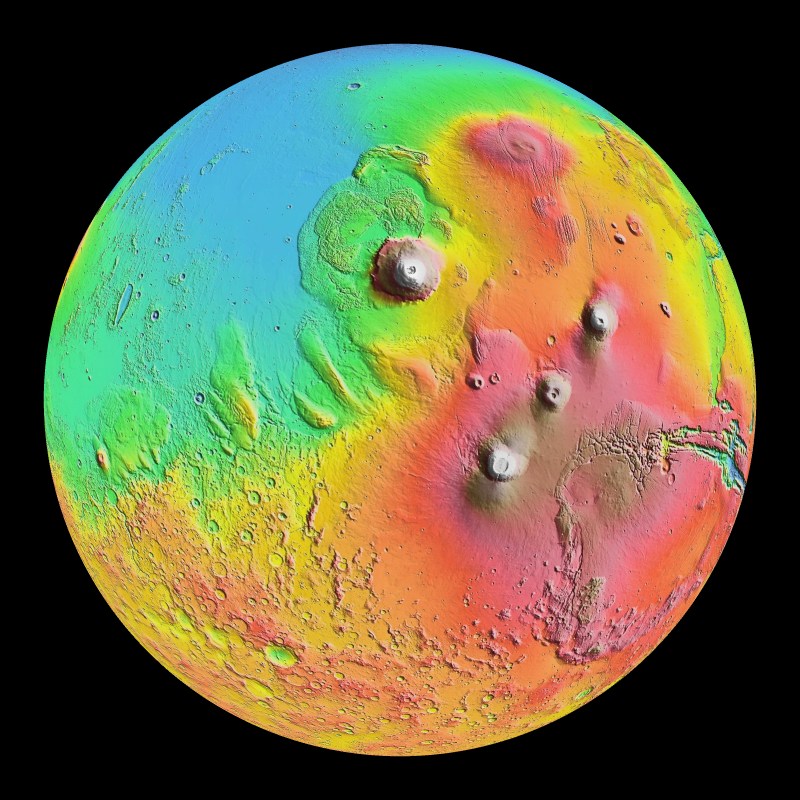 A topographic view of Mars can be telling of the many distinguishing characteristics that it possesses. Mars is known to have several significant topographic features such as Olympus Mons, the highest peak in the solar system, and Valles Marineris, a canyon that easily dwarfs the Grand Canyon. The Mars Orbiter Laser Altimeter, MOLA, an instrument used to determine the altitude, was in orbit, attached to the Mars Global Surveyor spacecraft. Since its launch in 1996, the instruments on the Mars Global Surveyor, such as MOLA, have been providing scientists with valuable information.

The altitude is determined by MOLA by transmitting a laser pulse toward the surface of Mars. By recording the flight time of the pulse, the distance between the spacecraft and the surface of Mars can be calculated. These range measurements are then used to create the topographic maps. Areas that are red and brown have higher altitudes while areas that are blue and green have lower altitudes.