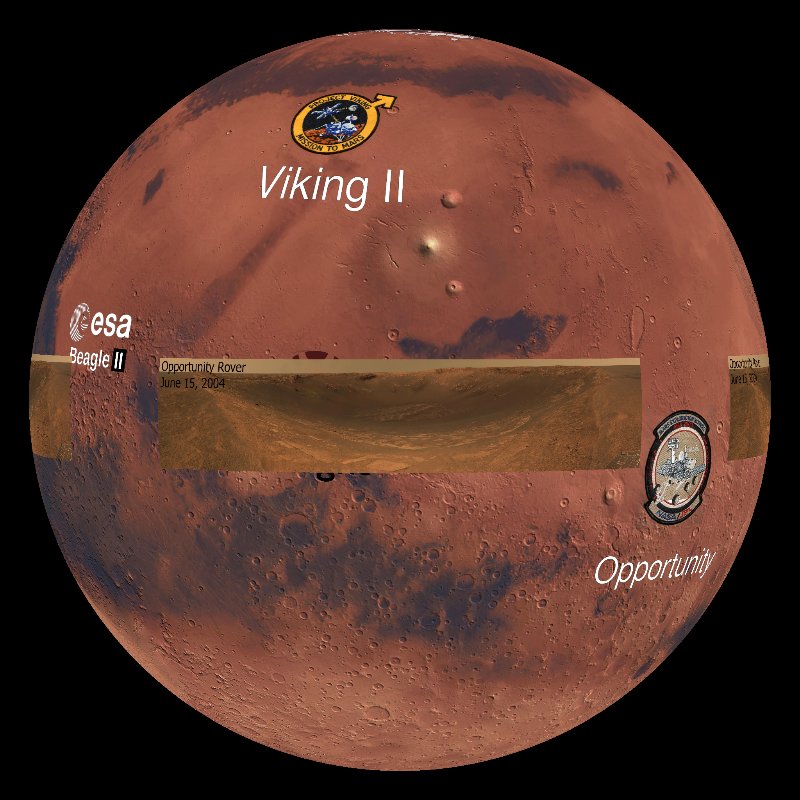 Mars touts not only the highest point in the solar system, but also a canyon over 4 miles (6.5 km) deep. The highest point, the mountain Olympus Mons is 88,500 feet (almost 17 miles) above the surrounding area and has an astounding diameter of over 300 miles. The base of the mountain is surrounded by a cliff that drops 20,000 feet (almost 4 miles). Compared to Mount Everest, the tallest point on Earth at 29,035 feet, Olympus Mons is over three times taller. Another spectacle on Earth is the Grand Canyon which is 277 miles long and 6000 feet deep at its deepest point. On Mars, Valles Marineris is almost 2500 miles long, approximately the width of the United States, and nearly 4 miles (6.5 km) deep.

This dataset shows the landing locations of many of the missions to Mars. Mission patches are used to mark the locations. In addition, the dataset includes images of some of the rovers that landed on Mars and the pictures that they took, including Viking Lander, Pathfinder, Spirit Rover and Opportunity Rover. The landing site for the 2018 Insight mission is also included.