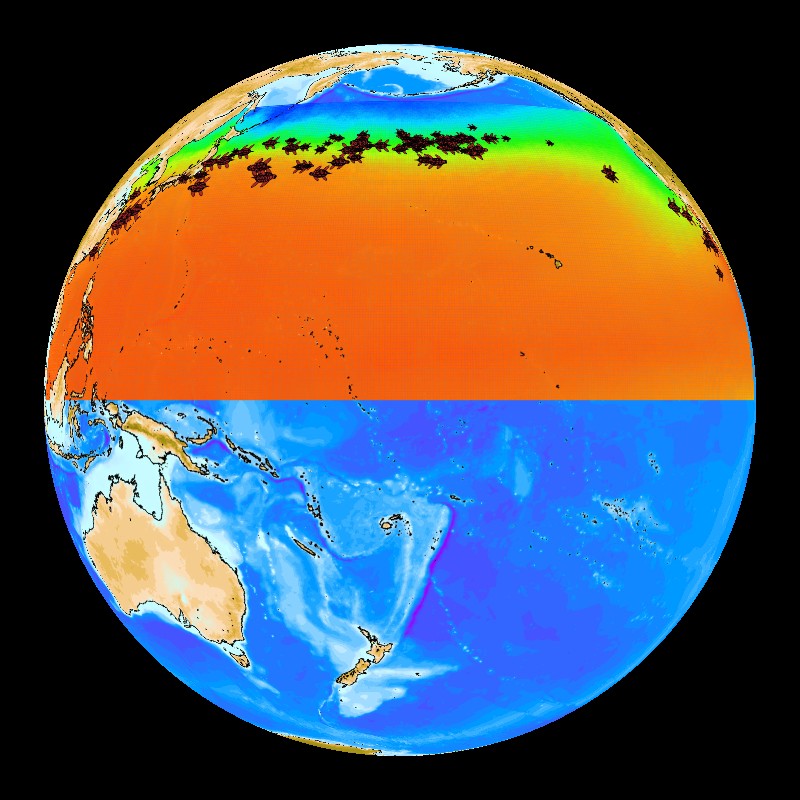 Using satellite transmitting tags on wildlife allows scientists to monitor the behaviors of the wildlife in their natural habitats. This dataset contains the tracks of juvenile loggerhead sea turtles that were tagged and monitored. Some of the turtles were caught on commercial fishing vessels north of Hawaii and the other turtles were raised in the hatchery at the Port of Nagoya Aquarium in Japan. After being tagged the turtles were released at various at-sea locations. The data used in this dataset is from 1997 through 2006. The animation represents a daily climatology showing the turtle daily movement, independent of the year. The background is a daily climatology of satellite remotely-sensed sea surface temperature. The size of the turtle graphic is proportional to the turtle length.

Research from the National Marine Fisheries Service has shown that these turtles use surface chlorophyll and temperature gradients to determine their migration habits. In this dataset, the turtles generally remain in a narrow temperature band and move north and south seasonally with that temperature band. Also, the eastern region of the Kuroshio Extension Current near Japan represents an important mid-oceanic foraging hotspot, where many of the turtles in the dataset can be viewed.