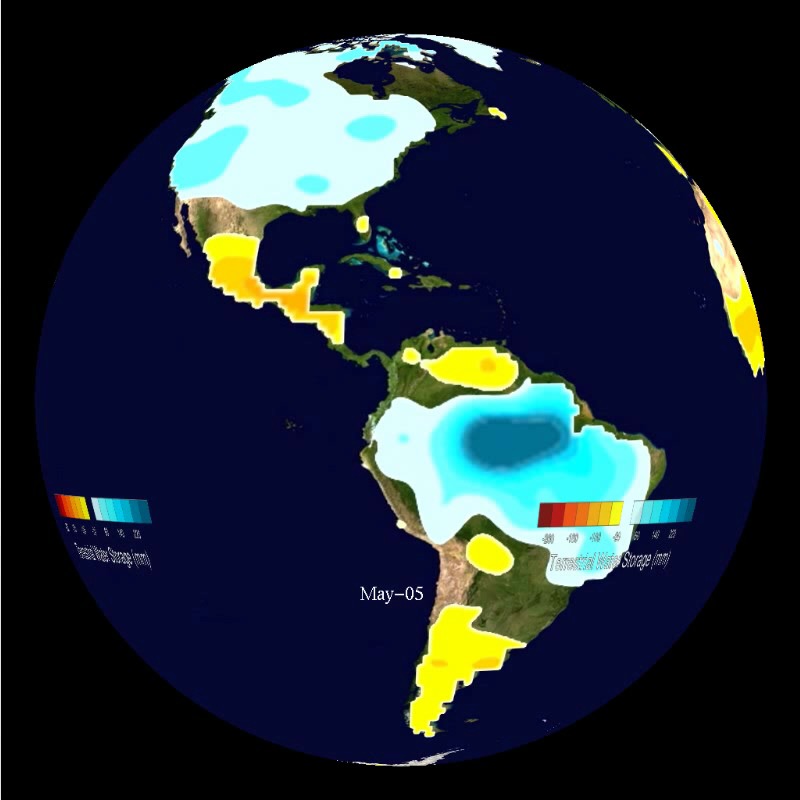 NASA launched the Gravity Recovery And Climate Experiment (GRACE) in 2002 to obtain high-resolution, global measurements of Earth's gravity field from space. Since that time, GRACE continues to reveal increasingly subtle changes in Earth's gravity field. These gravity variations reflect changes in the distribution of Earth's mass, including changes in groundwater and other forms of water stored on and in the land, changes in ice mass in Greenland and Antarctica, ocean mass changes, and even changes caused by large earthquakes. GRACE data are substantially improving our knowledge of important aspects of global change, including the climate consequences of a warming world.

These images show monthly changes in Earth's gravity field as measured by GRACE. The changes in gravity acceleration are expressed in cm of water equivalent, that is the thickness of a thin layer of water, covering the Earth's surface, that would have produced the corresponding change in gravity acceleration. As GRACE's twin satellites pass over features on Earth, the distance between the satellites changes in response to the mass of these features. Extremely sensitive instruments on GRACE can measure changes in the distance between the twin satellites to an accuracy of 1 micrometer (one-millionth of a meter), which is 20 to 100 times smaller than the width of a human hair. As GRACE orbits, it provides data for scientists to construct a new map of Earth's gravity field every month.