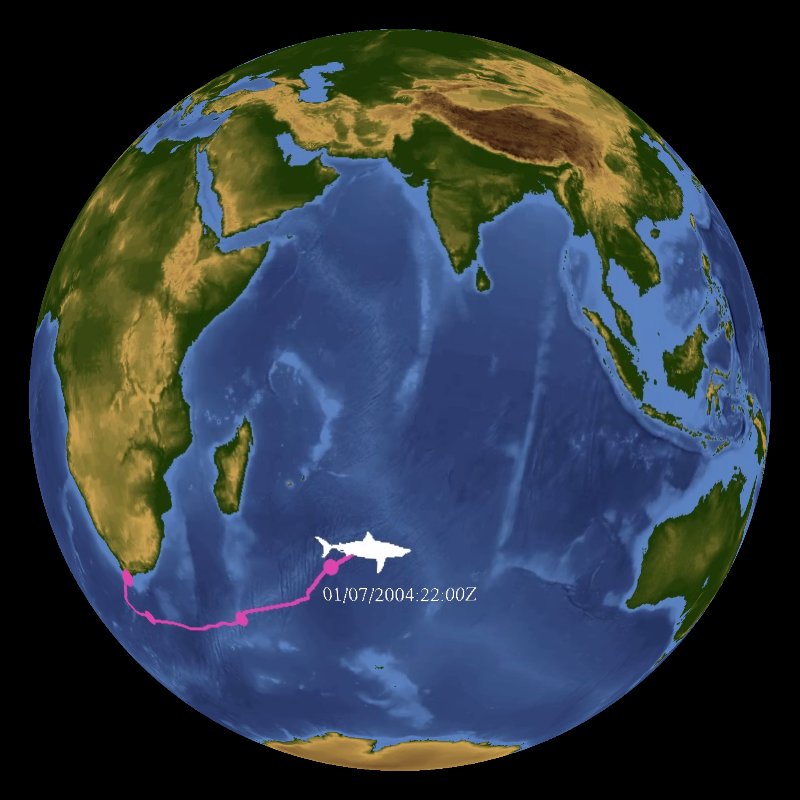 Before satellite tagging technology became feasible, it was thought that great white sharks (Carcharodon carcharias), spent most of their time close to the coasts feeding on seals and sea lions. With the advent of satellite tagging technology, many new behaviors of the great white shark have been discovered. By tagging a shark with a satellite transmitter, scientists are able to track the movement of the shark for extended periods. In 2001, a shark tagged off of the coast of California was tracked all the way to Hawaii, 3,800 km (2,280 miles) away. The shark spent the winter there before returning to waters closer to California. Several other sharks tagged off the coast of California also were tracked traveling great distances from California.

More recently, in November of 2003, about 30 great white sharks were tagged off of the coast of South Africa. Most of the sharks stayed near Africa, but one of these sharks, named Nicole, really surprised researchers when she traveled all the way to Australia. This journey of 11,100 km (6,897 miles) took the shark only ninety-nine days. This is considered to the farthest known distance traveled by a shark. The shark's tag detached when the shark was just south of Exmouth Gulf in Western Australia. Less than nine months later, scientists were truly surprised to find the same shark back in waters near South Africa. Using identification techniques with the dorsal fin, scientists were able to confirm that this shark was the same one that had traveled to Australia in the previous months. The total round trip from Africa to Australia and back is 20,000 km (12,400 miles), which is by far, the farthest known trip taken by a shark. This dataset follows Nicole from South Africa to Australia.