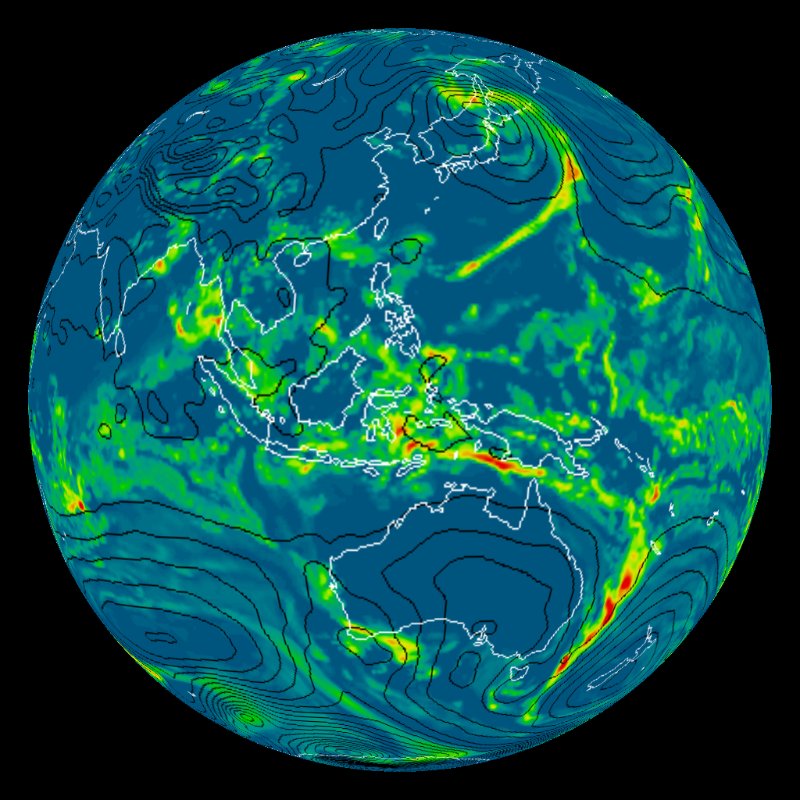 Meteorologists use many tools to predict the weather. They use past data such as temperature observations, real-time data such as radar and satellite images, and models that look into the future. Many different parameters are plotted using the numerical forecast models, which are generated using computers. The models consist of numerical equations which use current conditions as the inputs. The resulting outputs are forecasts for what is likely to happen in the future, based on those initial conditions. There are many different models that all attempt to do the same thing. The Global Forecast System model is used in this visualization. Six different outputs are available. One common factor in four of the visualizations is that 500mb heights are plotted. This is an important parameter to meteorologists because it is in the middle of the atmosphere. The 500mb height is the height at which the pressure is 500mb. When the 500mb height is low, there is low pressure at the surface, and when the 500mb height is high, there is high pressure at the surface. Patterns of troughs and ridges, which play a huge part in the weather, can also be seen clearly on the 500mb height plots. The 500mb height is also an indicator of atmospheric temperature.

Each of these outputs is available in real-time. The real-time data are forecasts that predict out to 189 hours (7.5days) in future. Updated model runs are available every six hours. The data is also archived and is available starting February 8, 2006.