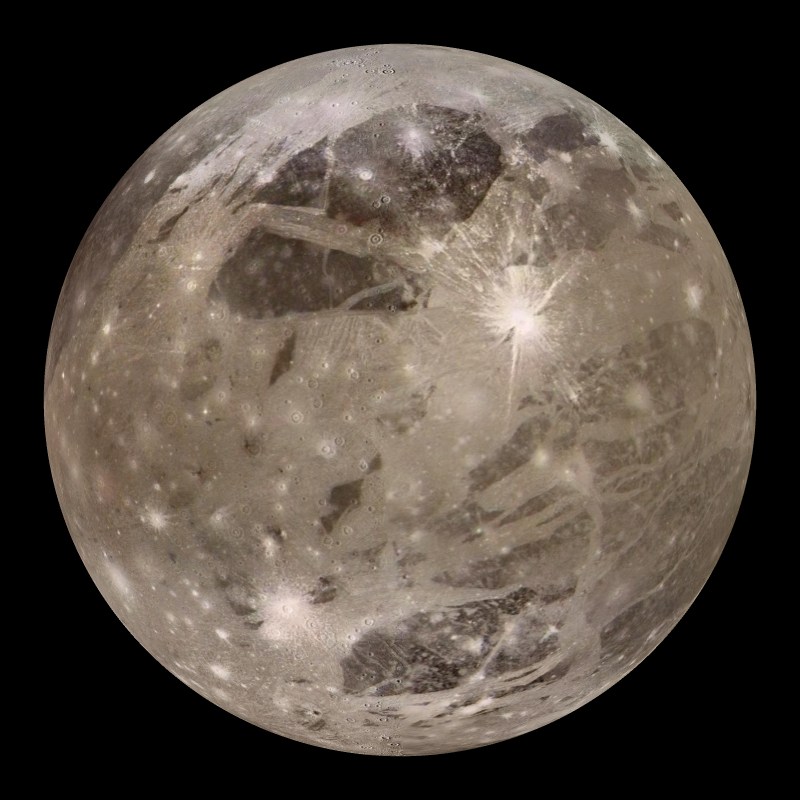 Ganymede is the Jupiter’s largest moon. In fact, it is the largest moon in the solar system with a radius of 3280 miles, making it larger than both Mercury and Pluto and three-quarters the size of Mars. If Ganymede rotated around the Sun rather than around Jupiter, it would be classified as a planet. Ganymede has a very distinct surface with bright and dark regions. The surface includes mountains, valleys, craters and lava flows. The darker regions are more heavily littered with craters implying that those regions are older. The largest dark region is named Galileo Regio and is almost 2000 miles in diameter. The lighter regions display extensive series of troughs and ridges, thought to be a result of tectonic movement.

A notable attribute of the craters on Ganymede is that they are not very deep and don’t have mountains around the edges of them as can normally be seen around craters on other moons and planets. The reason for this is that the crust of Ganymede is relatively soft and over a geological time frame has flattened out the extreme elevation changes. Also, Ganymede is thought to have a fairly complex internal structure.