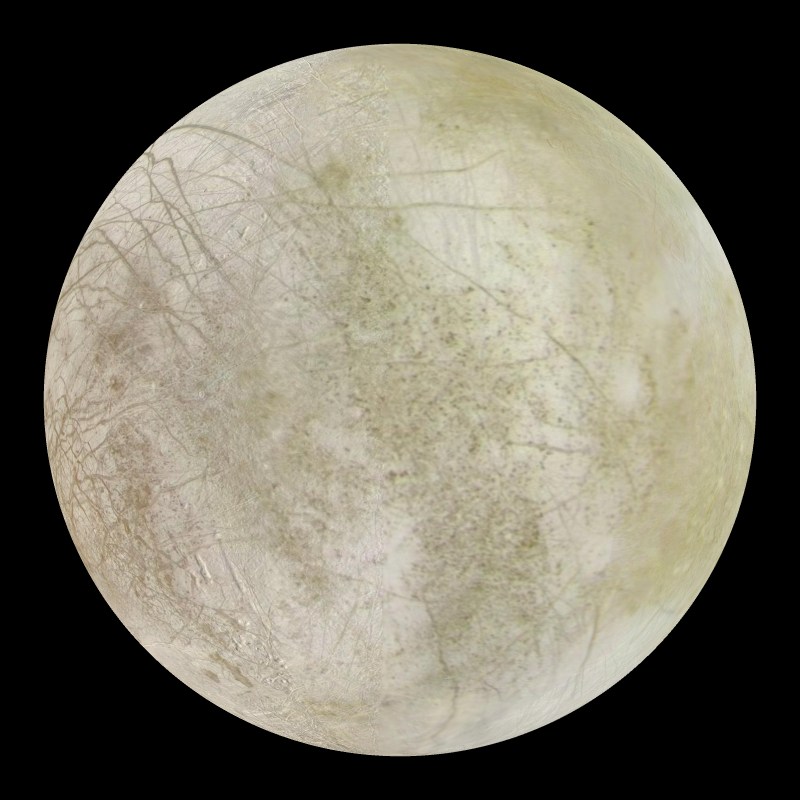 The most interesting feature of Europa, Jupiter’s sixth moon, is the incredibly smooth surface with relatively few craters. There are only three craters that have a diameter greater than 3.1 miles. This is an incredibly small amount for the moon which is just slightly less than the size of Earth’s Moon. Scientists believe that the surface of Europa is relatively young because of that fact. Another notable feature is the basically level surface with very little change in altitude across the moon. While there is almost no elevation change on Europa to observe, there are distinct lines which encircle the moon. The latest theory is that these markings are from volcanoes or geysers.

Europa is one of only five moons in the solar system known to have an atmosphere. This atmosphere is incredibly small with a pressure of only 1x10-8mb compared to the average of approximately 1000mb on Earth. An ocean that is up to 30 miles deep is thought to exist under the surface layer of Europa. Another theory regarding the distinct markings on Europa is that they are the result of the moon’s crust expanding and fracturing causing the cracks to fill in with water and freeze.