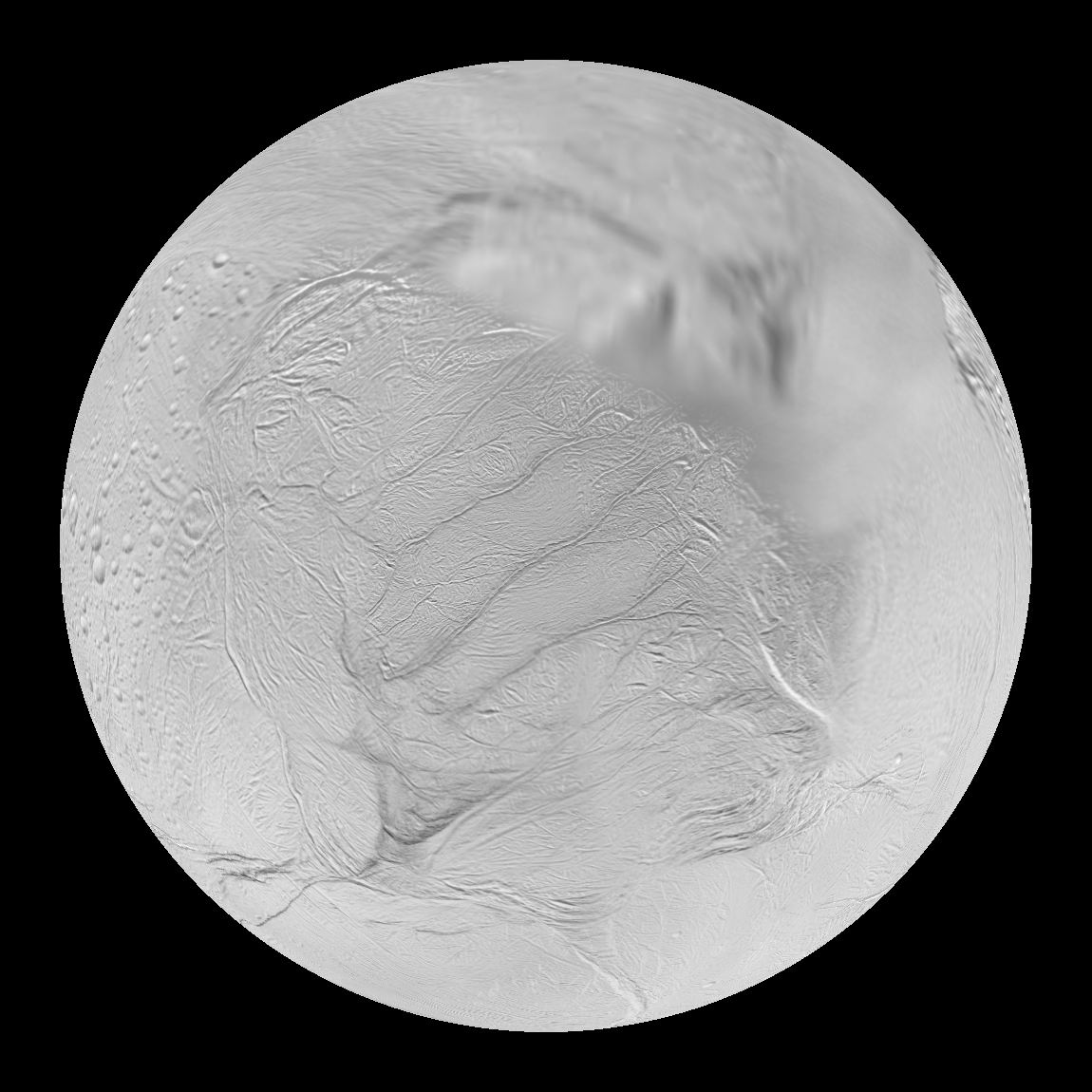 Enceladus is not only Saturn’s brightest moon, but it also has the highest albedo (reflectivity) of any body in the solar system. This moon reflects almost 100% of the sunlight that hits the surface. One reason for this reflectivity is the fresh, clean ice that makes up the relatively young surface of the moon. There are at least five different terrains visible on Enceladus including craters, smooth plains, cracks, ridges, and other deformations.

The chilly average temperature of -330&#176F would lead one to believe that this moon is composed of solid ice. However, the huge variations in the surface led scientists to believe that there is an active liquid core, with some volcanism which has resurfaced the planet. One explanation for the heat required to maintain the liquid is the tidal mechanisms exerted on the moon by Saturn and the surrounding moons, similar to the tidal forces that heat Jupiter’s moon, Io.