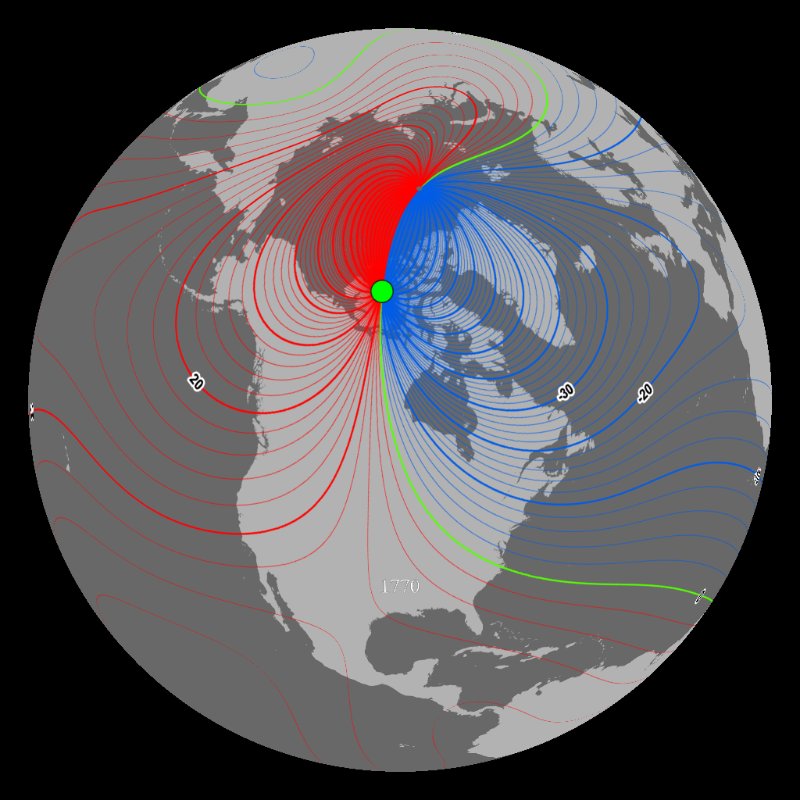 In this figure and animation, the magnetic field from 1590 to 1890 is given by the GUFM-1 model of Jackson et al. (2000), while the field from 1900 to 2025 is given by the 13th generation of the International Geomagnetic Reference Field. Between 1890 and 1900, a smooth transition was imposed between the models. This visualization uses a transverse aspect of the Plate Carée projection to minimize distortion near the poles.