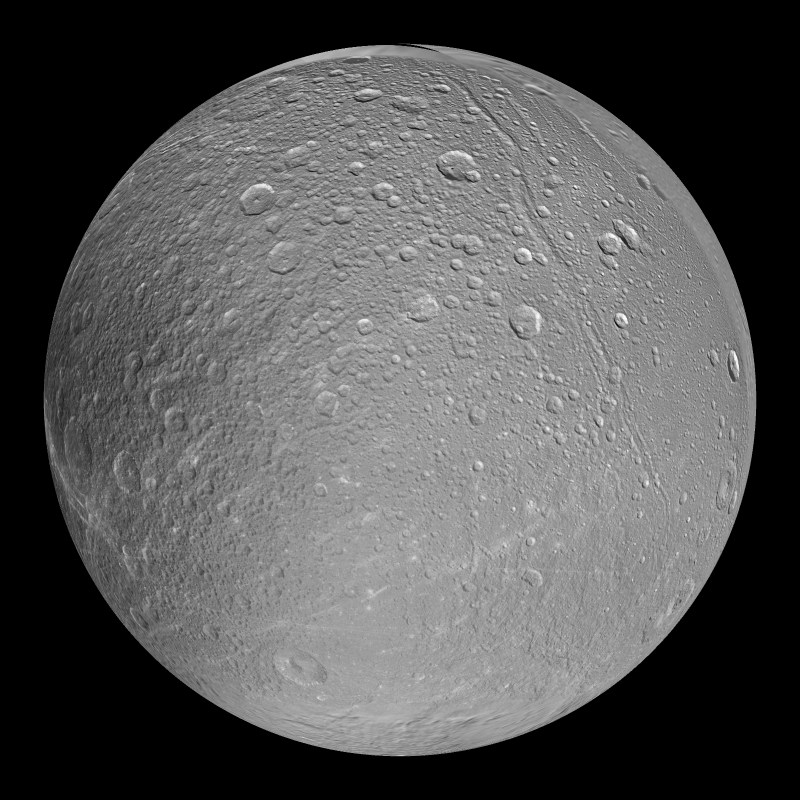 Until the Cassini probe flew by in December of 2004, the origin of the bright streaks on Dione was unknown. The original hypothesis was proved wrong when the latest images from Cassini were made available. It appears from the latest photographs that the bright streaks are ice cliffs created by tectonic fractures. Due to Cassini’s closer fly by in October of 2005, it is now known that some of the cliffs are almost 1000 feet high.