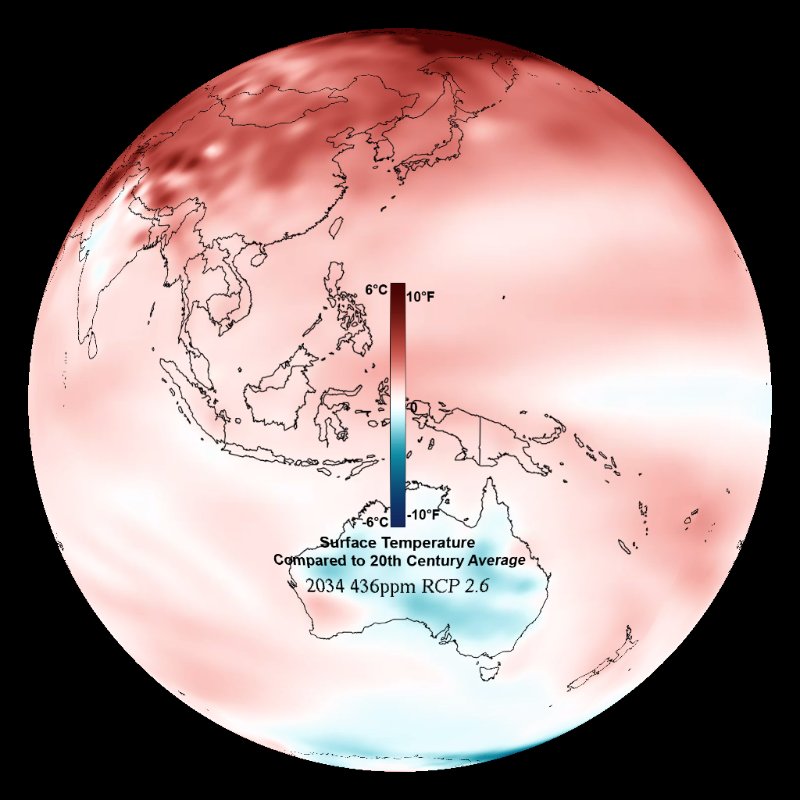 Shown here are the predicted surface temperatures under the RCP 2.6 emissions scenario using GFDL's CM3 model. The CM3 is just one of many climate models that are analyzed to make predictions about our changing climate. The RCP 2.6 scenario is a so-called "peak" scenario, which means the radiative forcing level reaches 3.1 W/m2 by mid-century but returns to 2.6 W/m2 by 2100.