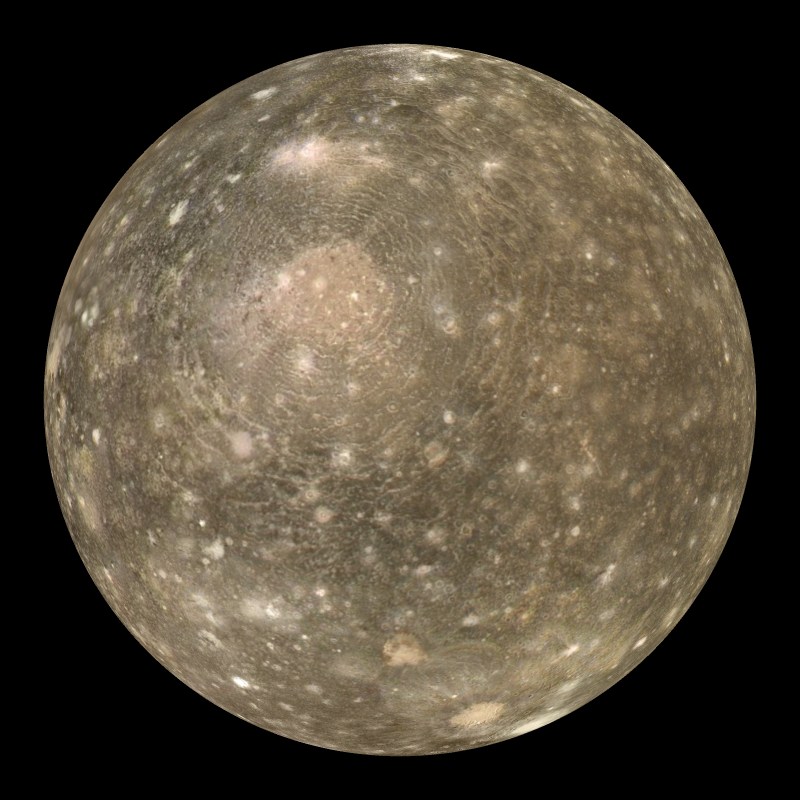 Callisto is often described as a simple solar body because of its simple composition and its level of inactivity at the surface. Callisto carries the title of being the oldest body in the solar system with a surface age of 4 billion years and also the most cratered. Callisto, the second largest moon of Jupiter, is the only body its size in the solar system that has had no resurfacing since its original impacts left their mark.

The largest craters on the surface of Callisto are surrounded by concentric rings which appear as cracks, but have smoothed out some with age. At nearly 1900 miles in diameter, Valhalla, the largest crater on Callisto, is a good example of a crater surrounded by concentric rings. The icy crust of Callisto has smoothed out some with age, the result being that there are no impressive mountains and the craters are not as deep as one might suspect. In fact, it is believed that the largest craters have been diminished by the flow of the ice across the surface over time.