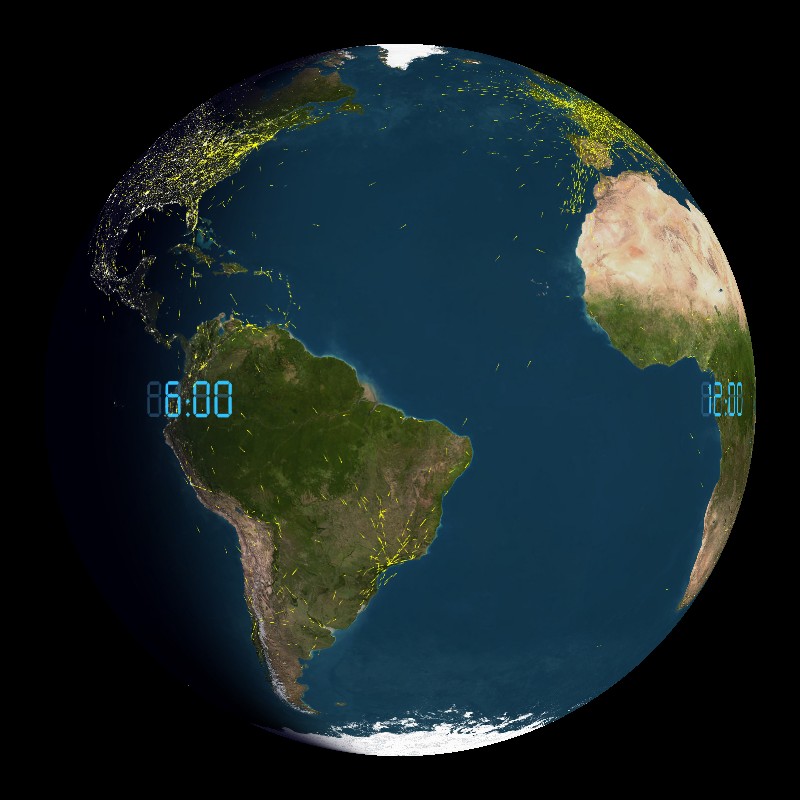 "On any given day, more than 87,000 flights are in the skies in the United States. Only one-third are commercial carriers, like American, United or Southwest. On an average day, air traffic controllers handle 28,537 commercial flights (major and regional airlines), 27,178 general aviation flights (private planes), 24,548 air taxi flights (planes for hire), 5,260 military flights and 2,148 air cargo flights (Federal Express, UPS, etc.). At any given moment, roughly 5,000 planes are in the skies above the United States. In one year, controllers handle an average of 64 million takeoffs and landings." - From the National Air Traffic Controllers Association webpage

This dataset tracks commercial flights from the approximately 9000 civil airports worldwide. The day/night terminator is included as a time reference. Flight traffic picks up noticeably during daylight hours and drops off through the night. Each yellow tail is one plane in this visualization