Age of the Seafloor Contour Lines 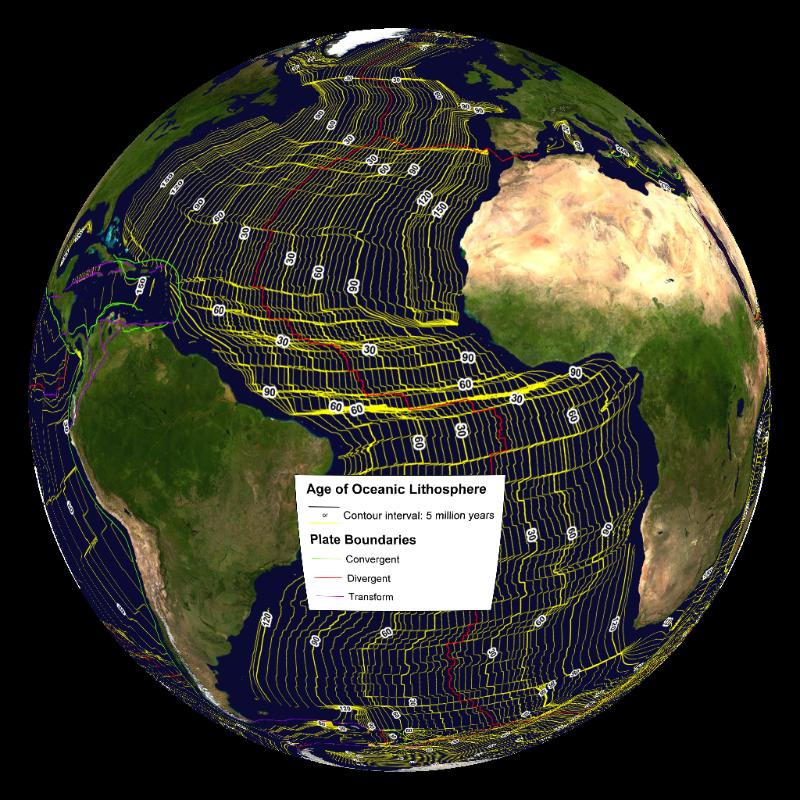 This dataset shows the age of the ocean floor along with the labeled tectonic plates and boundaries. The data is from four companion digital models of the age, age uncertainty, spreading rates and spreading asymmetries of the world's ocean basins. Scientists use the magnetic polarity of the sea floor to determine the age. Very little of the sea floor is older than 150 million years. This is because the oldest sea floor is subducted under other plates and replaces by new surfaces. The tectonic plates are constantly in motion and new surfaces are always being created. This continual motion is evidenced by the occurrence of earthquakes and volcanoes. There are four versions of this dataset.

Age of the Seafloor (topography)

Age of the Seafloor (vegetation)