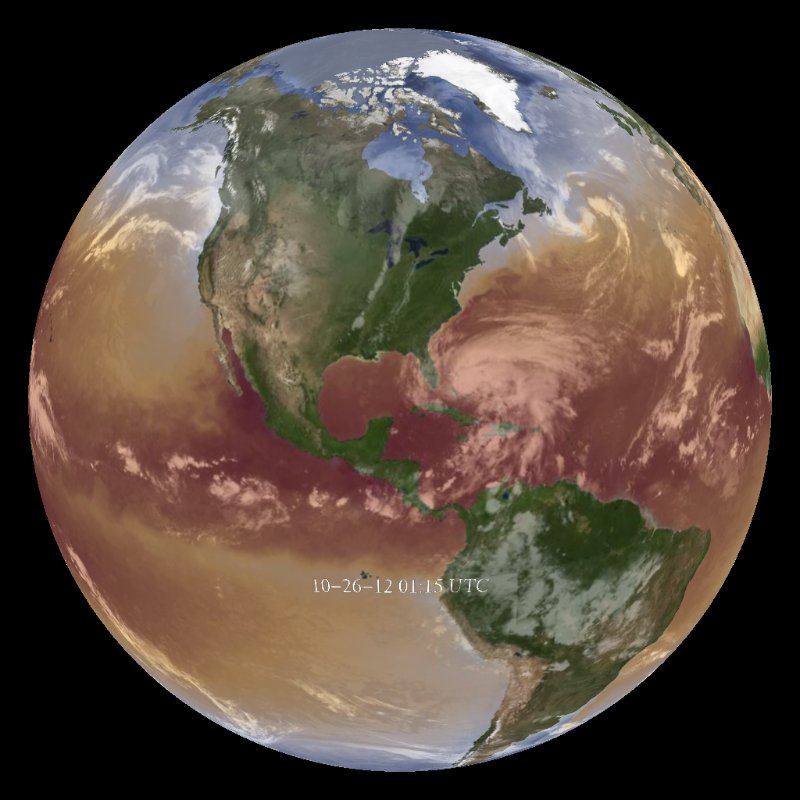 On October 22, 2012 a tropical wave formed into a Tropical Storm within six hours in the western Caribbean Sea and moved slowly towards the Greater Antilles. Intensifying into a Hurricane, Sandy made landfall first near Kingston, Jamaica on October 24th and after reaching Category 2 Hurricane status struck Cuba the next day. After killing 70 people in Haiti, Dominican Republic, Puerto Rico, Cuba and the Bahamas, Hurricane Sandy pointed north and moved towards the East Coast of the United States. Sandy eventually moved ashore near Atlantic City, New Jersey and New York City on October 29th as a post-tropical cyclone with hurricane force winds. All said and done Superstorm Sandy (as it was termed after it joined a cold-core low pressure system moving eastward at the same time) affected an astounding total of 24 U.S. states. Most of the damage occurred in the Mid-Atlantic States. Sandy even caused the formation of an intense snowstorm in the high altitude regions of West Virginia.

The Supreme Court, New York City Stock Exchange, Amtrak, and nearly all airports and railways near the East Coast were closed for two days; nearly 20,000 flights were canceled in all. The New York City Subway was still trying to repair the damage six weeks later. Total damage in the US is estimated at over $63 billion.

NOAA Hurricane Predication Center based in Miami, Florida tracks and forecasts hurricanes. This program is intended to provide a more data-intensive view of a memorable severe weather event and visually explain how observation platforms make a meteorologist's job easier.