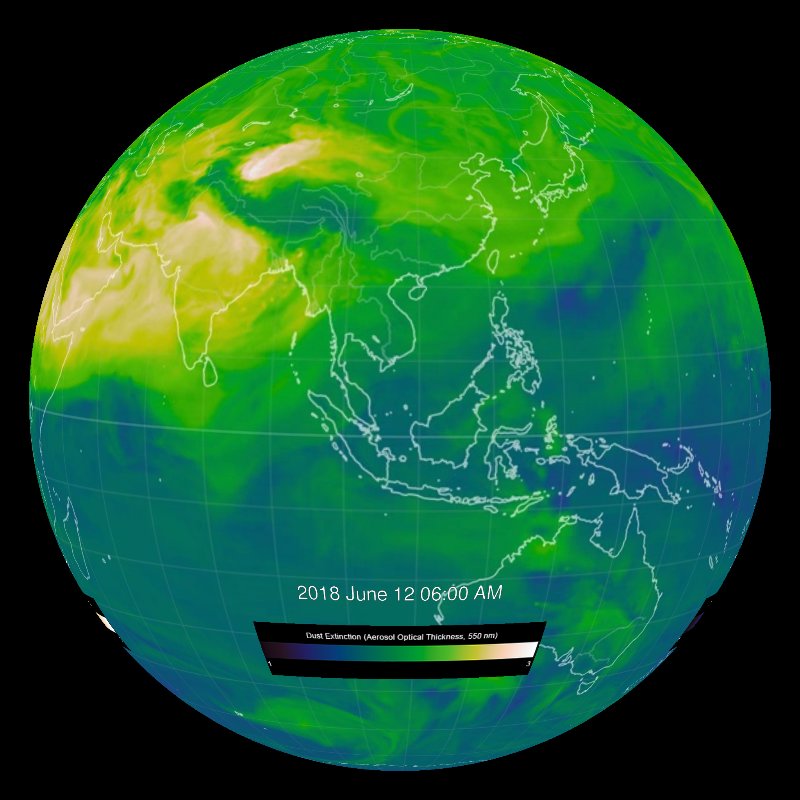 This facilitated program, developed in conjunction with the NSF funded project PIRE: DUST stimulated draw-down of atmospheric CO2 as a trigger for Northern Hemisphere Glaciation, provides an opportunity to learn about the connections between the Earth system and climate. Dust originates on land (the geosphere), is lofted into the atmosphere, enters the ocean (the hydrosphere), and ultimately helps to cool the climate by stimulating the growth of phytoplankton (the biosphere). These connections illustrate the importance of a multi-disciplinary scientific perspective to understanding the climate system and solutions for climate change.

Visualizations created using model data from MIT’s Darwin Ecosystem Model and Nullschool show the circulation of dust in the atmosphere and the concentration of chlorophyll, iron, and nitrate in the ocean throughout one calendar year. Together, they explain how iron-rich dust entering the ocean can affect the climate.

In addition to this Science on a Sphere live program, there is a collection of educational materials about atmospheric dust and climate available at scied.ucar.edu/atmospheric-dust-climate.