Venus has been referred to by many as the sister or even twin to Earth. This is because of its similar chemical composition, density and size. That, however, is where the similarities end. Venus is not only the hottest planet in the solar system, but also the brightest. Both of these characteristics are the result of the atmosphere that surrounds the planet, which is mainly composed of carbon dioxide and some sulfuric acid. This composition allows for the greenhouse effect to be astronomical causing the planet to have a constant temperature of 864°F. The planet is the brightest because the clouds, composed of sulfur dioxide and sulfuric acid, are highly reflective. The pressure of the atmosphere that surrounds Venus is 90 times that of the atmosphere around Earth, crushing any probes that land on Venus in a matter of hours.

The orbit of Venus is the most circular in the solar system, with the perihelion (position closest to sun) and aphelion (position farthest from sun) varying only by roughly 1%. The average distance to the sun from Venus is 67,237,910 miles. An interesting feature of Venus is that the sun rises in the West and sets in the East; a result of its retrograde rotation. Uranus and Pluto, in addition to Venus, also rotate in the opposite direction of Earth. Besides rotating backwards by Earth’s standards, Venus also rotates very slowly. One day on Venus is 5832 hours or 243 Earth days. The time it takes Venus to orbit around the sun is 224.7 days. This means that a day is longer than a year on Venus. This dataset is a RADAR map of the surface of Venus. 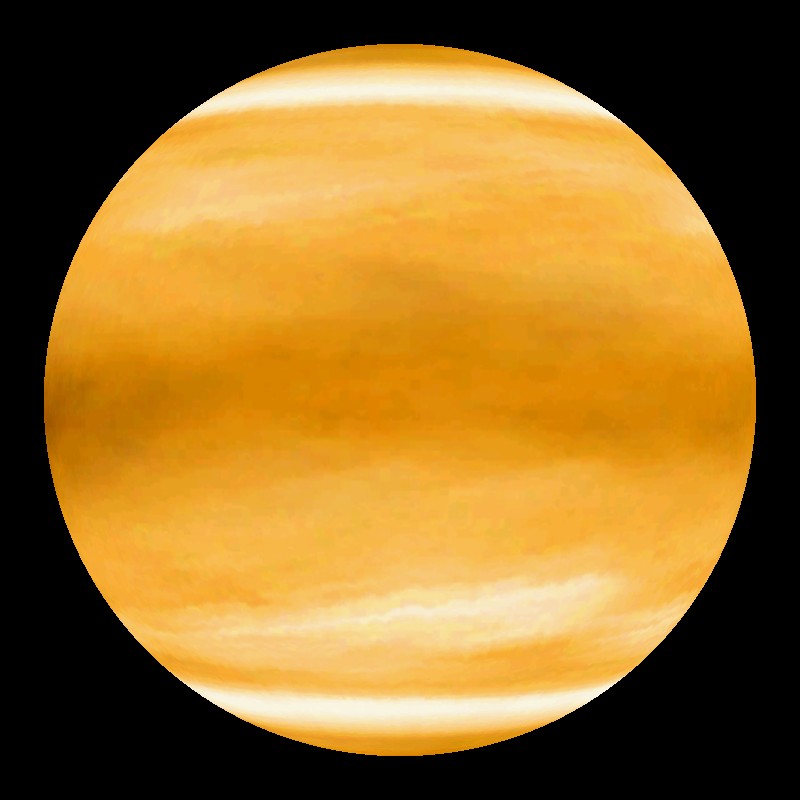