Although 75% of the planet is a relatively unchanging ocean of blue, the remaining 25% of Earth's surface is a dynamic green. Data from the NASA/NOAA Suomi NPP satellite is able to show these subtle differences in greenness using the Visible-Infrared Imager/Radiometer Suite (VIIRS) instrument on board the satellite. This dataset highlights our ever-changing planet, using a highly detailed vegetation index data from the satellite, developed by scientists at NOAA.

The darkest green areas are the lushest in vegetation and absorb the most visible sunlight, while the pale colors are sparse in vegetation cover either due to snow, drought, rock, or urban areas. VIIRS detects changes in the reflection of visible light, producing images that measure changes to vegetation over time. Satellite data from April 2012 to April 2013 was used to generate these animations and images. 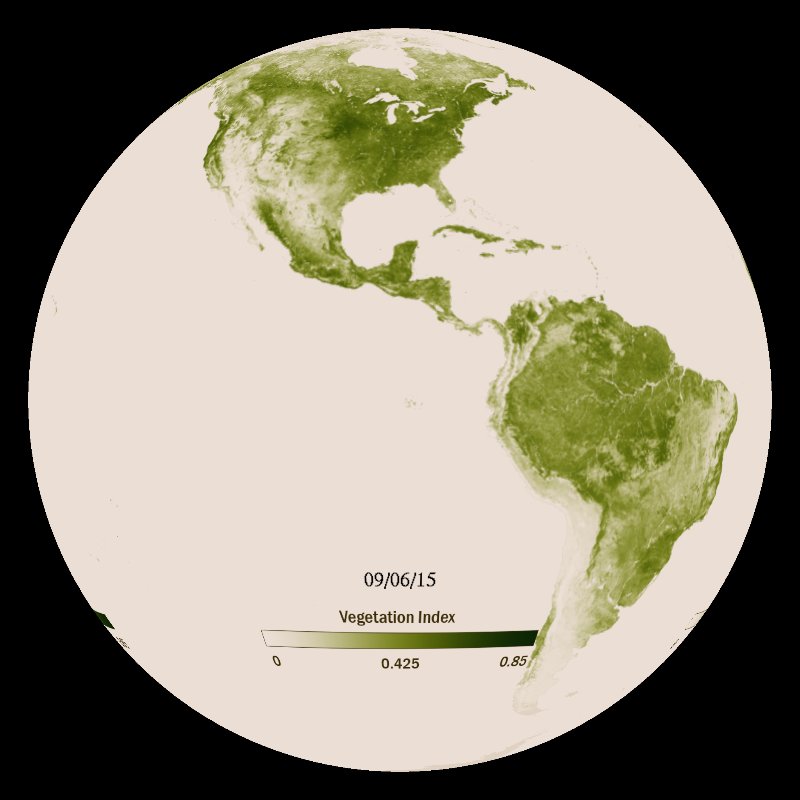