This animation shows Earth's surface temperature from 1880 through 2019 compared to the 20th century average. Maps are based on data from NOAA's National Climatic Data Center. In 2016, the combined land and ocean surface temperature was 1.69°F (0.94°C) above the 20th century average, making the year the warmest since records began in 1880. This is the third consecutive year a new global annual temperature record has been set. The first eight months of 2016 set monthly temperatures records and the last four months were ranked among the top five for each month's temperature records. To date, all 16 years of the 21st century rank among the seventeen warmest on record (1998 is currently the eighth warmest.) The five warmest years have all occurred since 2010. 2017 was the third warmest, slightly cooler than the previous two. 2018 was the fourth warmest.

By averaging data over long time spans, typically 30 years or more, climatology datasets are developed. These datasets serve as reference points for comparing points in time to what would be expected. For example, is the temperature warmer or cooler this month than what would be expected from the historical average? Temperature climatologies are extremely important as measurements, models, and reconstructions of Earth's temperature changes are analyzed.

The Merged Land-Ocean Surface Temperature Analysis from the National Climatic Data Center uses data from thousands of land and ocean temperature stations worldwide to compute global temperature averages and anomalies. This image plots the yearly temperature anomaly from 1880 - 2015. An anomaly indicates the difference from normal. In this case, normal is the 20th century global average temperature. Blue areas are cooler than the 30-year average, red areas are warmer.

Data in the high latitudes, around the Arctic and Antarctic circles, are not plotted as there are few weather monitoring stations in these regions, so data is too sparse to be included in the analysis.

For more information on NCDC's temperature climate analysis, visit the NCDC State of the Climate Summary. 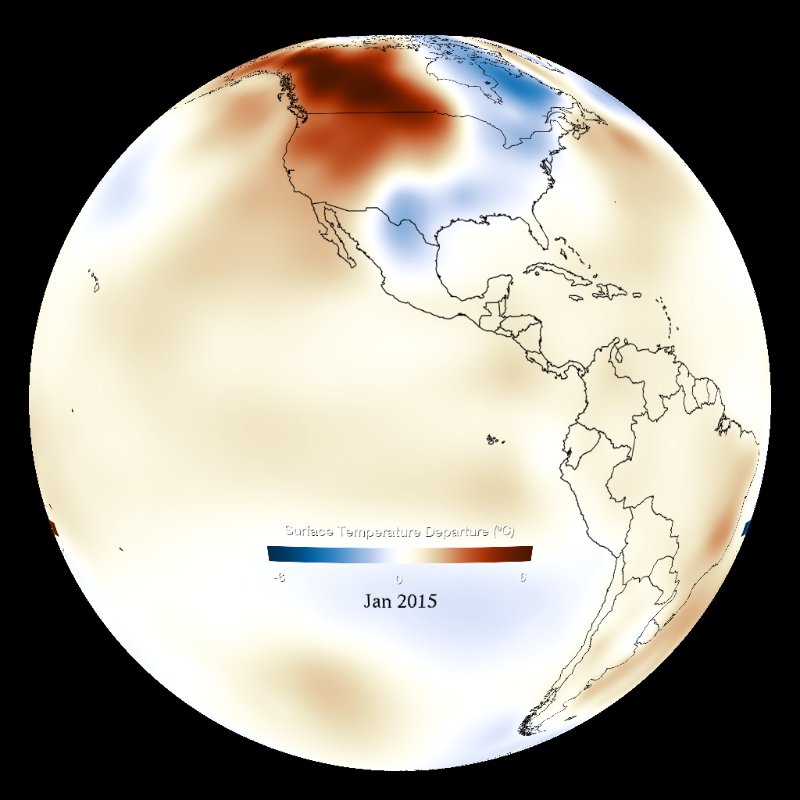