Like Jupiter and the other gas planets, Saturn has a banded appearance in its coloration due to high winds in the atmosphere. The bands are not as distinct as those on Jupiter, however, they are very wide at the equator and easy to detect. Another similarity to Jupiter is the storms that are visible on Saturn's surface in the form of white or red ovals. However, none of these storms seem to be as long-lived as the Great Red Spot on Jupiter. Saturn also has distinctive storms producing more turbulent looking white clouds that appear on occasion.This view of Saturn has slightly enhanced colors and contrast to bring out color variations as well as the white cloud storm features. 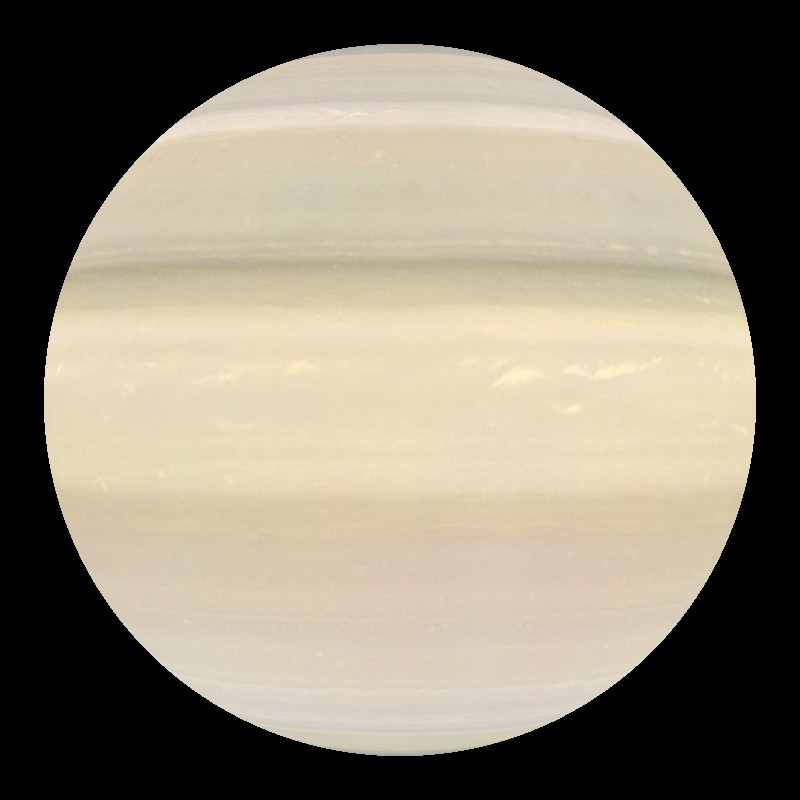