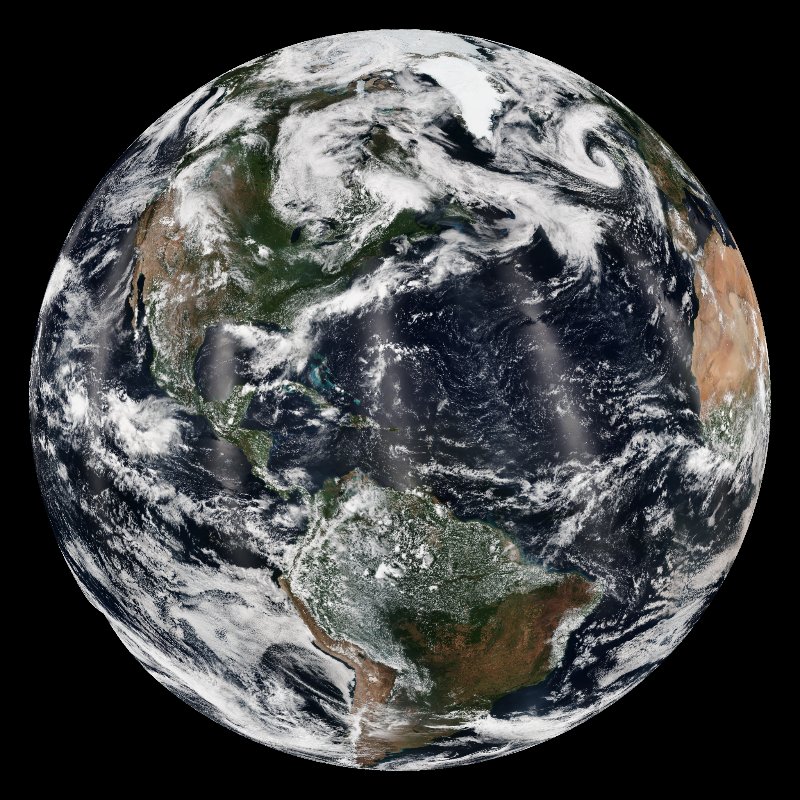 This dataset compares satellite images from the first weather satellite, ESSA 1, to a modern one, Suomi NPP, during the same week fifty years apart.

Beginning with Tiros 1 in 1960, the National Weather Service (formally called the U.S. Weather Bureau) has used satellites to understand and forecast the weather. The first Weather Service satellite was ESSA 1 launched in 1966 (Environmental Sciences Services Administration). Visible pictures from that satellite were archived on black and white film. The picture on the left sphere of the dataset shows the first image we recovered from that 35 mm film archive.

Archived data like this might be used to look at specific weather events in the 1960's and 1970's like hurricanes, estimate sea ice extend for the 1960's, or perhaps to derive a cloud climatology from the pictures.