Globally, rain is the main source of fresh water for plants and animals rainfall is essential for life across Earth’s landscapes. In addition to moving tremendous amounts of water through Earth’s atmosphere, rain clouds also move tremendous amounts of energy. When water evaporates from the surface and rises as vapor into the atmosphere, it carries heat from the sun-warmed surface with it. Later, when the water vapor condenses to form cloud droplets and rain, the heat is released into the atmosphere. This heating is a major part of Earth's energy budget and climate.

The rainfall maps show total monthly rainfall in millimeters as recorded by NASA’s Tropical Rainfall Measuring Mission (TRMM) satellite, which is a joint mission between NASA and the Japanese Space Agency. High rain totals are represented in dark blue, while small rainfall totals are shown in white. TRMM measures rainfall in the tropics. High-latitude regions, where TRMM does not record rainfall, are gray.

The most obvious pattern in the total rainfall maps is seasonal change. A band of heavy rain moves north and south of the Equator seasonally. In fact, about two-thirds of all rain falls along or near the equator, and countries in those latitudes often have several months of near-daily rain followed by months of dryness as the rain band moves north and south. The Asian monsoon brings rain to China, Southeast Asia, and India between April and September. From October through May, South America goes through a rainy season, but even parts of the Amazon Rainforest goes a few months each year without significant rain.

View, download, or analyze more of these data from NASA Earth Observations.

TRMM imagery provided by NASA Goddard Earth Sciences DISC, based on data from NASA and the Japanese Space Agency (JAXA). 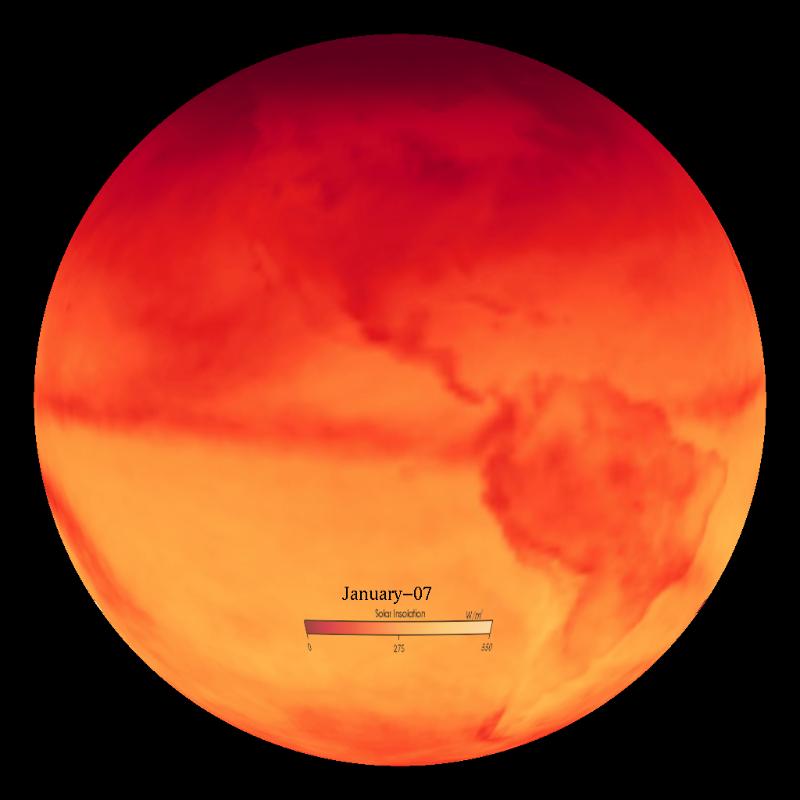