This dataset shows the atmosphere throughout the two years of 1902 to 1903. The dot that appears in the Antarctic Region is the location of one of the many sources of observed data that were included in the reanalysis. In this case, it is the ship "Discovery" frozen in the ice continuously for two years. The Discovery was the vessel used for the British National Antarctic Expedition of 1901-1904. Among their many scientific observations, frequent pressure measurements were taken on board the ship and have been included in the reanalysis. The scientific expedition was perceived as a success and launched the careers of many famous explorers including Ernest Shackleton and Captain Robert Scott. 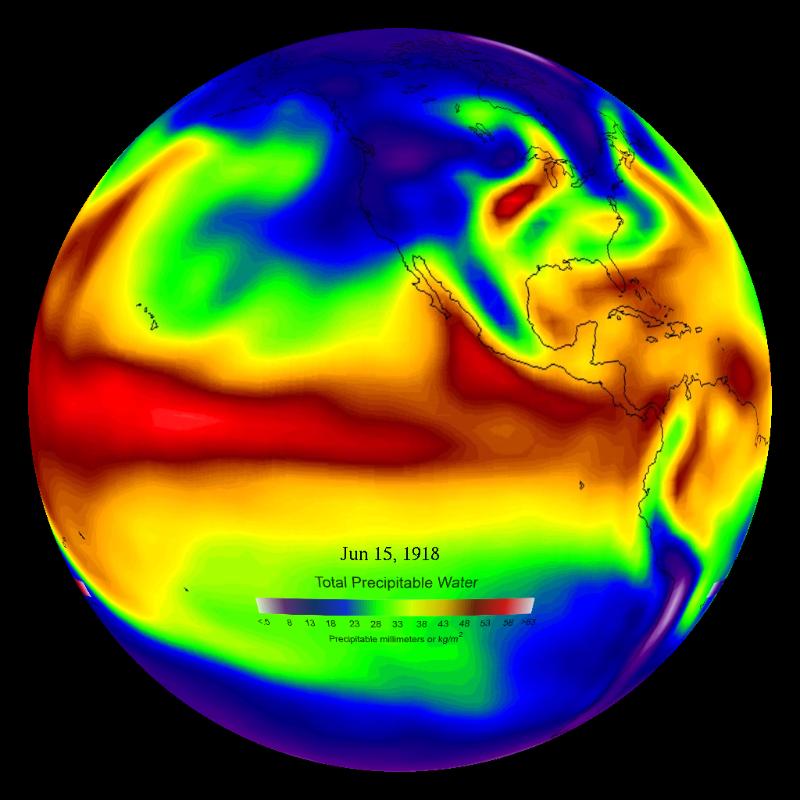 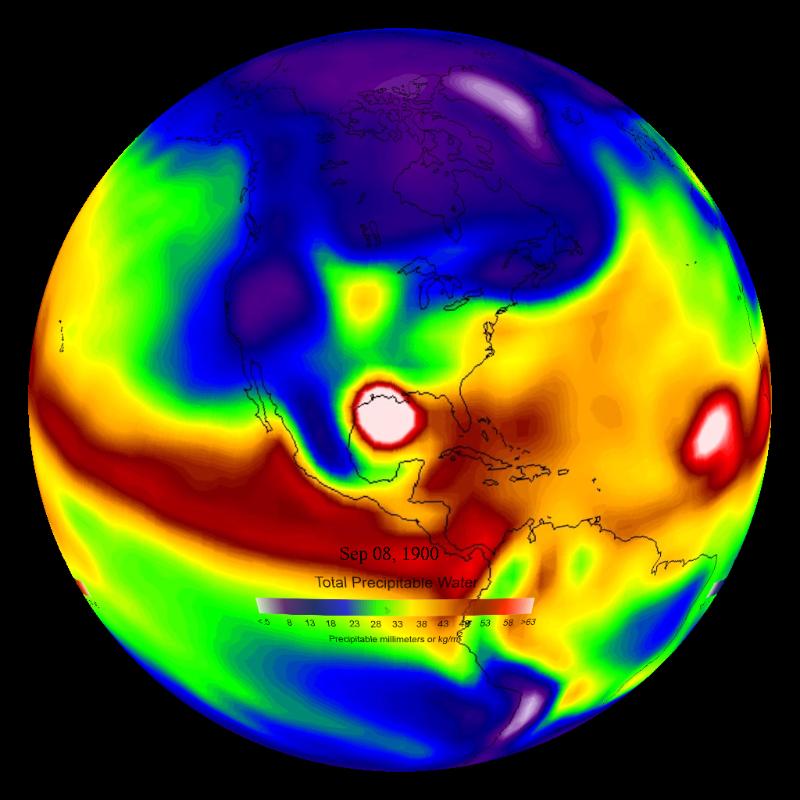